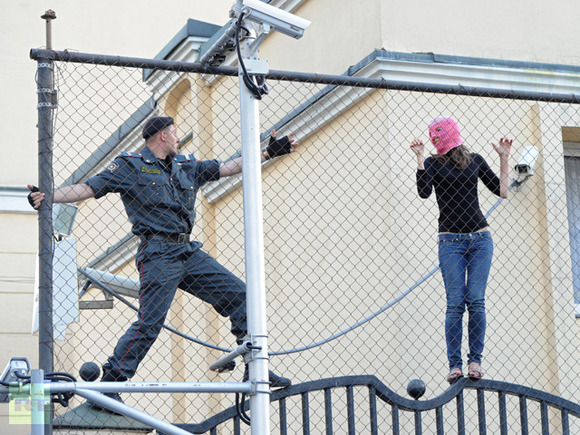 Human Rights Watch recently released its breakdown of it's most "popular" human rights topics from its twitter feed in 2012:

In the past year these researchers, advocates and directors tweeted developing human rights stories such as the drafting of the Egyptian constitution, the first trial and conviction by the International Criminal Court and the first women to represent Saudi Arabia in the Olympic games.

Here are the top ten most-clicked stories of the year.

1. #PussyRiot case shocking, image of rights lawyer #Markelov, on the sidewalk w back of his head blown off was worse http://bit.ly/QMsvcj

2. #Saudi women went to the Olympics, but still can’t participate in sports at homehttp://bit.ly/RgKWpU

3. Growing Up Locked Down - Youth in Solitary Confinement in Jails and Prisons Across the United States http://bit.ly/RwroQd

4. Which country tried more than 12,000 civilians, including children, by military tribunal in 2011?http://bit.ly/K6U0iU

10. Today is Int'l Day of People w/ Disabilities. Show your support, call on US Senators to vote YES to #CRPD http://bit.ly/SBs7mg