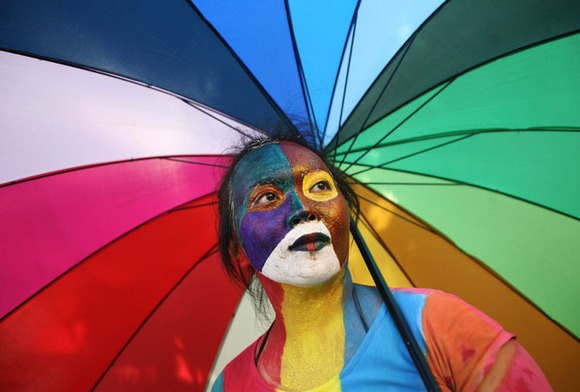 Nowadays, saying that social media platforms are the telltale signs of what is trending and gaining popularity in society is an understatement. What's making waves on Facebook is stirring thunder in the real world, and on February 13, the giant social network rolled out a third “custom” gender option for its users. The new feature includes over 50 options, including “transgender,” “cisgender,” and “androgynous.” Of course this is no coincidence. The increasing acceptance of LGBTQ issues is not only shown through Facebook, but prevalent across different international platforms.

Ahwaa is a bilingual web-based tool for LGBTQ youth in the Middle East that provides a place to safely discuss issues at hand and receive support. These topics range from personal identity to religion to family. Through this positive environment, the topics have room to become more constructive and instigate change.

The Middle East isn’t the only area in the world where LGBTQ issues are becoming a hot topic. Gay Live is a French app used for reading LGBTQ related news, participating in LGBTQ debates, and finding LGBTQ friendly establishments. While Facebook supports over 70 languages, the gender option is only currently available in the United States. The two tools mentioned above cover three languages and numerous dialects.

The biggest indicator of LGBTQ issues becoming a worldwide topic is Philanthropy In/Sight, a visual depiction of the LGBTQ grants being given and received internationally. Over 4,000 grant participants are from countries such as, Croatia, Ghana, the United States and Peru.

People believe that these tools are exclusively for the LGBTQ community, but what not everyone may know is that these issues are prevalent worldwide. Fortunately, the aforementioned tools and numerous others are for everyone to use for the sake of a cohesive global community.