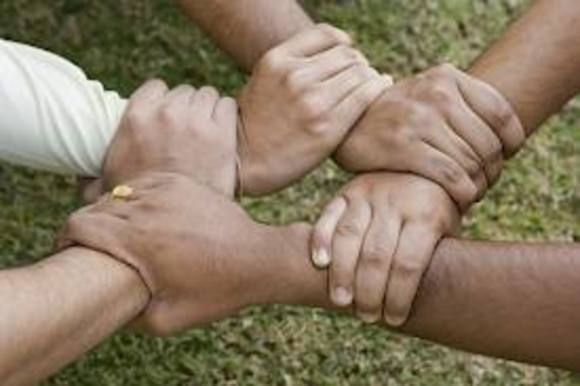 When civic tech tools are co-created through community collaboration, an engagement approach materializes and it eclipses social media campaigns, online forums, and apps usage. Users become enrolled in the development process as makers, leveraging unlikely institutional partnerships, citizen action groups, and straight up neighborhood volunteerism. For many low-income and underserved community groups, it’s the first time they’ve had an opportunity to use their daily experiences to shape a different future. And for many blighted communities, long since overlooked, it’s a chance to be seen again.

Transformational civic tech encompasses a set of tools that don’t just aggregate data; the tech itself is not the point. Far beyond it. These tools help people use data to tell stories about how cities and their residents are living in ways they’ve never been told before -- in a relatively short period of time -- in the most compelling manner possible. We’re not talking social media or Tumblr here, people. We’re talking about quiet and not-so-quiet revolutions.

What does this look like and where is it happening?

Chennai's residents, alongside the Transparent Chennai workgroup, contribute anecdotal data, SMSs, photos, and rank their experiences interacting with the city's infrastructure to provide a more dimensional picture of how their city is working or not working for them. TC’s collaborative mapping of the city’s public toilets -- 714 total for over 650,000 people -- drew much needed attention to a critical public health provision for slum dwellers (particularly women), the homeless, and informal sector workers who don’t have access to private restrooms and can’t afford the fees for paid public facilities.

Loveland Technologies, currently the darling of Detroit’s civc tech start-ups, has relied on neighborhood volunteers -- the people who know their environs the best -- to “blext” blighted property -- i.e., send a photographic SMS text of a blight sighting to create a real time portrait of which parts of a city are dying.

What do you call an unconference made up of city residents, local business owners, city staff, and civc tech developers that workshop how to make civic tech and city governments BFFs? CityCamp Oakland. This group's goal is to create a safe constructive space for people inside the city, the community, and the technology space to get together and talk about ways to collaborate more effectively, and cultivate a more transparent and engaged city. Especially important to Citycamp, almost adjacent to Silicon Valley, is to address white privilege in tech and the lack of people of color. Refreshing, right? And you thought civic tech was about how to use smartphone to find a better parking spot.

How is your community using civc tech? Or why is it not?