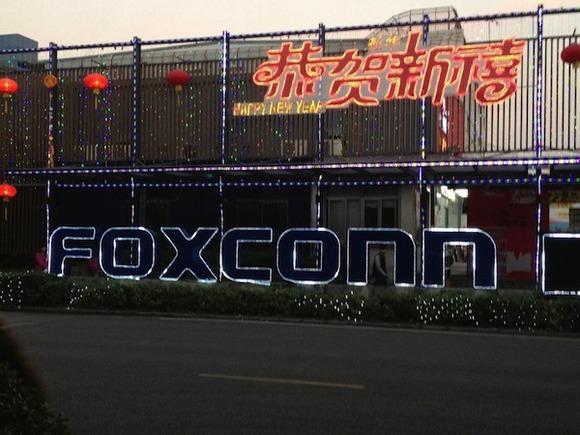 This post was written by guest columnist, Heather White, an award-winning social entrepreneur with 25 years experience in international advocacy on labor and human rights issues. You can follow her on Twitter @GlobalLabor1.

I was living in Shenzhen, China in 2013 making a film about the poisonous chemicals being used in our electronics when something struck me. Week after week, I would hear news reports about factory workers committing suicide across the country. One after another workers were giving up hope and taking their own lives. Hazardous working conditions, illnesses, and disabilities were commonplace, and the only way these workers felt they could find a way out of this seemingly bleak situation was suicide.

Through my work on labor issues over the last 25 years I had seen a number of factory workers who had been injured or been struck by illness unexpectedly. And then in 2010, the increasing number of suicides at Apple’s supplier Foxconn became public news.

Electronics companies- the same ones that are making our cell phones and gadgets—release shiny corporate responsibility reports touting their safe supplier networks and stand on stages around the world discussing their clean supply chains.

I should know. I spent decades working with companies and nonprofits on labor and human rights issues through an NGO I started, Verité. In the wake of media campaigns shining a spotlight on a brand, I have seen an inverse relationship between the amount of face time those companies give to speaking publicly about improving working conditions and the actual working conditions on the ground. But when these circumstances have gotten so bad that workers are committing suicide by jumping off the roofs of factories across China, not just at Foxconn, the world should pay attention.

The Savar factory in Bangladesh brought attention to the issue of low-paid (and at times underage) factory workers toiling away in horrendous conditions to make our clothing. But factory collapse is usually a one-time event. Suicides are ongoing and are at risk of disrupting whole swaths of the workforce.

What is even more disheartening is that after working for decades in China I am seeing the situation for factory workers deteriorate, not improve, despite the best efforts of NGOs and the claims by companies about the importance of sustainable supply chains and being good corporate citizens. Workers have less of a voice, less freedom. and less control over their workdays than ever before Suicides are an extreme expression of the enormous stress they are under.

For young workers, some as young as 16, it is their first time away from their villages, and they are being forced to work up to 90-hour work weeks under an authoritarian management with up to 20,000 other workers.

Too many workers are being put together in overly dense housing. In Foxconn’s dormitories workers from the same province have been intentionally kept apart so they don’t band together and protest for being underpaid or not compensated for overtime.

Tian Yu is a Foxconn suicide survivor; she made iPhones. I spent two days last summer at her family’s home. She was sent back to her village after jumping off the roof of the factory where she worked at age 17. She is now paralyzed and has not been offered a counselor or advocate to help her navigate the rest of her life. Lucky for her, she lived. Most suicide attempts are successful. Now she is 21 and is making slippers that she hopes to one day sell on Etsy.

The non-governmental organizations that in the past tried to advocate for workers like Tian Yu are now being banned by the Chinese government. Instead of being offered help, injured or sick workers are being silenced with small settlements by their factory supervisors. Factories do everything to deny workers’ claims once they are disabled.

The stories continue to flood my inbox. I’m still thinking a lot about a 15-year-old boy I met who lost his right hand after working for just three days in a factory. The machine that stamps out the plastic housing for cell phones didn’t register he was there because he was so small. Several workers have told me the infrared that detects when workers limbs are dangerously close to machines have been shut off so they can work more quickly, producing a few more cell phone housings an hour.

The companies producing our electronics need to start taking responsibility. Until these brands start putting pressure on suppliers to treat injured and disabled workers according to the law-- and create a set of stronger standards for suppliers to follow-- conditions won’t improve.

People need to be just as important to companies as productivity and profit. Until then the situation for factories in the developing world will continue to spiral downward.

What working conditions would you like to see made better across the world?