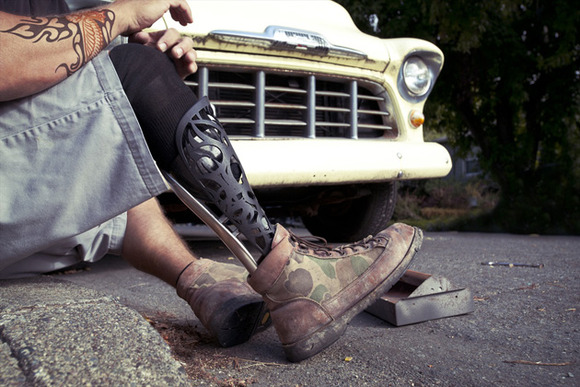 We see the art world making an impact through impressive imagery, inspiring themes, and thought-provoking works. During my undergraduate career as an art student, I studied a number of artists and their influence on society. An impressive aspect of art is its ability to reach people outside of the art community.

After seeing art pieces that have accomplished this, I've begun looking at the modern art world and how it's affecting social change. 3D printing is part of the equation in that its beauty lies in the idea of a product reaching a hundred thousand people. It's changing the way we think about design and production. A 3D-printed item can reach a small group of people and still have a huge impact.

Companies such as re:3D are using 3D printing to make a difference on a global level. They launched a successful Kickstarter campaign for creating a 3D printer that is customized for developing countries that lack certain infrastructures. This printer is designed to use recycled plastic, decreasing the amount of plastic in landfills and enabling people to print out everyday household objects, agricultural equipment, and office tools that are taken for granted in first world countries. This process can be harnessed to help the economy with micro-lending efforts, which have proven to empower women and raise the standard of living in developing countries.

In addition to the socioeconomic implications of 3D printing, it's also having an impact on the environment. Environmental researchers have been using 3D printers to create concrete replacements for parts of the Great Barrier Reef that have been damaged. Making such repairs would normally take thousands of years.

On the educational front, MakerBot Academy is setting out to provide every school in America with a 3D printer. The company has also created an amenable competition among users in their open sourced software and hardware network. Numerous designs have been uploaded to MakerBot's Thingiverse, a design community for discovering, making, and sharing 3D printable objects.

How would you like to see 3D printing affect social change in the world?