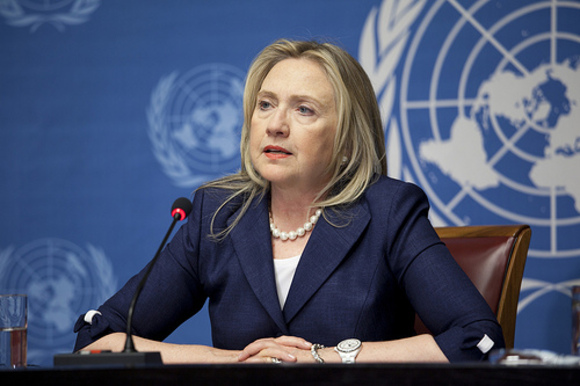 History books haven't always incorporated the importance of empowering women, but that's been slowly changing over time. In 1987, Congress officially dedicated March to Women’s History giving recognition to the women who have made a positive difference in the world. When we talk about history we sometimes forget that taking action in the present is what give us the most valuable stories to tell. I asked a diverse group of individuals who they think are the true female change makers of our time. The women they listed have influenced society with great leaps and bounds throughout the last 100 years.

Indira Ghandi, the third Prime Minister of India, became the first women elected to lead a democratic country and the only one to hold the office to date. During her term, India became a regional power in South Asia.

“It's encouraging to see that sort of determination in the face of discrimination and the trials of her time," Bellino said.

When the women's liberation movement catapulted in the late 1960s, Gloria Steinem was nationally recognized as one of the leaders of the decade. In addition to being a political activist, Steinem was also a journalist. Her article “After Black Power, Women’s Liberation” threw her into America's limelight.

Renowned writer Ayn Rand might not seem like traditional "change maker," but anyone who has read her books cannot deny the depth and underlying symbolism of her work. A Navy linguist shared, “it takes a deep sense of confidence and power to be able to face the public and declare that we are self-interested beings and so we should act in a rationally self-interested way. I'm not sure that I necessarily agree with what I understand to be objectivism. But at a time when utilitarianism and existentialism were still popular, it was a bold step.”

As for a modern female figure instigating change, Hillary Clinton is the monarch. Through President Bill Clinton’s scandal, she managed to handle the scrutiny with class. This respectable quality didn't go unnoticed. The country is showing tremendous support for her presidential candidacy for 2016.

My colleague Maryam Elarbi is a young social activist who chooses to be amongst positive and inspiring individuals such as Gary Haugen, CEO of International Justice Mission. She passionately explains why Hillary Clinton is her top woman change maker.

"People want a woman to be President," said Elarbi. "They trust her judgment and ability, and to me that is inspiring. I aspire to be the kind of person that people trust. She doesn't rely on sex appeal to win people's approval, and that's a huge priority for me -- merit not glamour.”

In the spirit of these powerful and sometimes controversial women, I must mention a group that celebrates the unorthodox and has made many headlines this year. Pussy Riot. This Russian punk rock group has staged a number of protests fighting for LGBT rights, feminism, and stark opposition to Vladimir Putin. They use the footage from these protests to create music videos and inform the masses injustice. In 2012, when a few members of the band were arrested, Amnesty International adopted the case, successfully aiding their release after the musicians spent a year in prison.

As we celebrate Women's History Month, let's not forget to give credit to the women in our everyday lives that have made a tremendous impact on us. I could write an endless list, but instead I'll mention a few of the wonderful women in my life. My mother and sisters have shown me what it takes to make a stance. My friend Meg Fagundes has shown me the importance of kindness and gracefully standing against adversity.  My professor Jennifer Onofrio taught me to be passionate when standing up for a cause.  Here’s to the mothers, the friends, the mentors and you. Thank you.