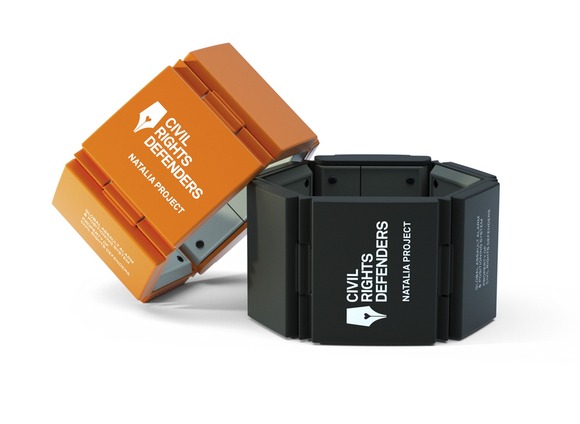 The Natalia Project is a portal where people around the world are informed of at-risk activists. Using a smart bracelet that incorporates GPS and GSM technology to collect data, the system provides information on where and when an activist was attacked. The bracelet also sounds off an alarm system that is activated if the device is forcibly removed. The Natalia Project plans to distribute a minimum 55 bracelets by the end of 2014.

Kristi Pinderi is the Executive Director of ProLGBT and one of the first individuals in the Western Balkans to use the alert system.

”Behind the bracelet there is an entire system and organization with people, institutions, and media ready and willing to act in case of an emergency," Pinderi shared with Betsy Isaacson at the Huffington Post. "It is a way for human rights activists not to feel alone, and it is definitely the best tool for empowering them. When you are an activist, sometimes you forget about practical details like security, you are driven by your activism and ideals."

Here's more on The Natalia Project.