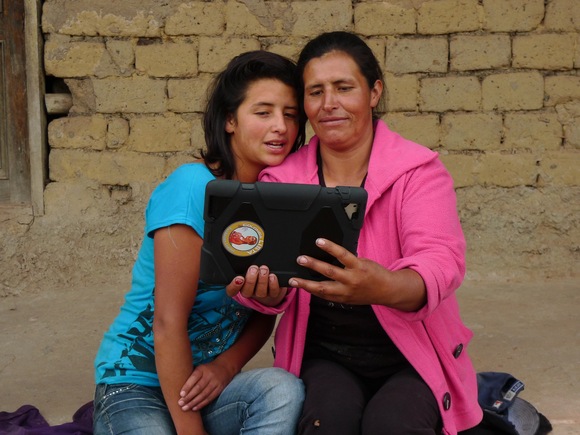 In honor of International Women’s day, The Toolbox is highlighting the first women-centered app created in collaboration with rural communities in Latin America to help women exit poverty at scale. Lista, a Tablet app, teaches women how and when to save, how to read, and how to spread this knowledge to their families and communities. It replaces “costly in-person financial education workshops with an intuitive tech-based educational experience, which allows individualized and personalize learning at the speed and location of the student's choosing,” according to Fundación Capital, the activist economist group that created and distributed the program in coordination with national government-to-person social programs, or Conditional Cash Transfers.

Any Benítez, a Colombian Fundación Capital team member who helped facilitate the pilot Lista Program in her country, explains how technology and community empowerment can in fact disrupt the status quo and foster change from the ground up. She says,“ We need to understand that the cash transfer program has allowed the creation of a social base, where women are leading a process of transformation. What good is savings or investing, if you are surrounded by conditions that don't allow you to grow as a person and as a family?”

Skylight Pictures & Engage, the human rights film organization behind The Toolbox, recently featured The Lista Tablet and Fundación Capital in DISRUPTION, Skylight Pictures’ new feature documentary. In the film, Benítez celebrates the success of the Fundacion Capital’s pilot financial education program with Lista. “With the success of Colombia LISTA, the Government asked us to expand financial education to all the women who get Families in Action. Two million women!” said Benítez.

The pilot program has caught on in ten Brazilian cities, and Benítez plans for it to ultimately cover most Bolsa Familia Recipients beginning in 2016. Benítez is now heading up financial inclusion programs in Guatemala and El Salvador. 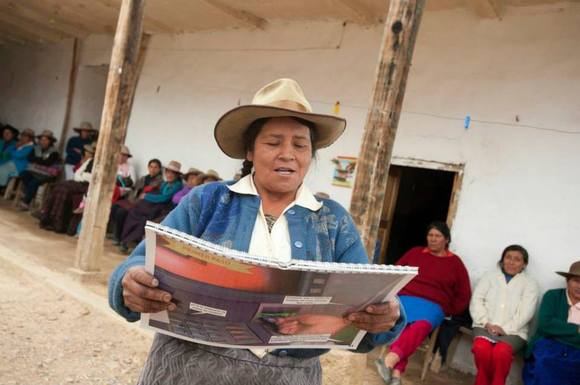