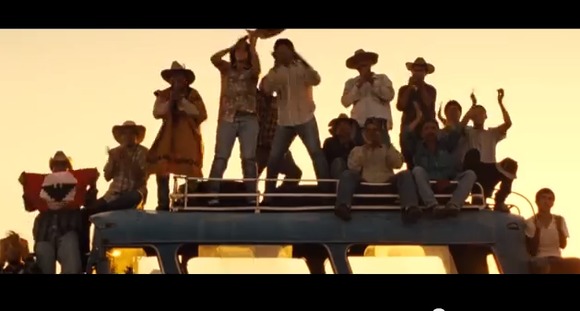 The month of March ushers in many festive occasions -- the first day of Spring, March Madness, and a time to celebrate a great labor leader and civil rights activist. Today marks Cesar Chavez Day. An iconic labor leader, Chavez founded the United Farm Workers (UFW) in 1962 to organize campaigns for the fair treatment of farm workers, and with good reason. Despite the endless, vital contributions the agriculture industry makes to society, those employed by the sector are some of the lowest paid and least protected laborers in the United States.

According to Student Action with Farmworkers, farm work is the third most dangerous job in the U.S, and there are an estimated 2-3 million men, women, and children working in farm fields across the country. Each year, 5.1 billion pounds of pesticides are placed on crops, and thousands of farm workers are poisoned from the toxic chemicals. According to the U.S. Department of Agriculture, farming is one of the most accident-prone industries in the United States.

Farm workers are hoping the new film “Cesar Chavez,” which chronicles the life of Chavez and the fight for farm workers’ justice, will drive awareness around the problems farm workers still face today.

A list of apps featured by CropLife includes a number of high-tech tools that are useful for precision farmers who can afford the technology. But there's a dire need for digital tools that everyday farm workers in the field can use to make their jobs easier and safer. What apps out there or tech innovation do you think could be applied to the laboring lives of farm workers?