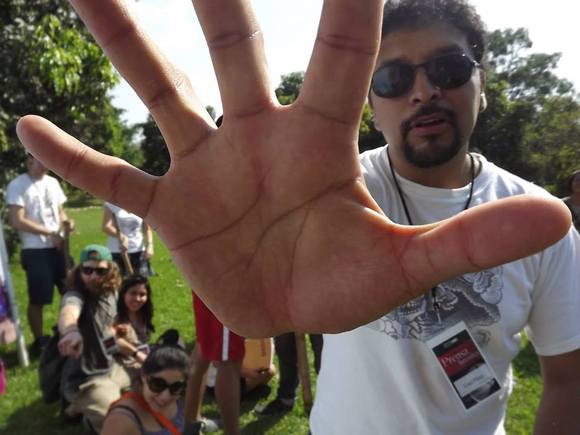 In early April, the 2014 School of Authentic Journalism of Narco News hosted a ‘convivencia,’ or coming together of brave community organizers, filmmakers, and journalists outside of Mexico City. I was lucky enough to be selected to be a part of this convening to share, inspire, and teach strategies to help create positive change in our own lives and across communities.

To me, to be authentic means to pursue truth in the world and to learn from our own truth and the truth of other inspired voices, which are often from citizens struggling in underrepresented communities. Authentic Journalism makes that truth visible. Here are some of the key takeaways I learned on how to use media, movement, and words as tools for change in protest zones. 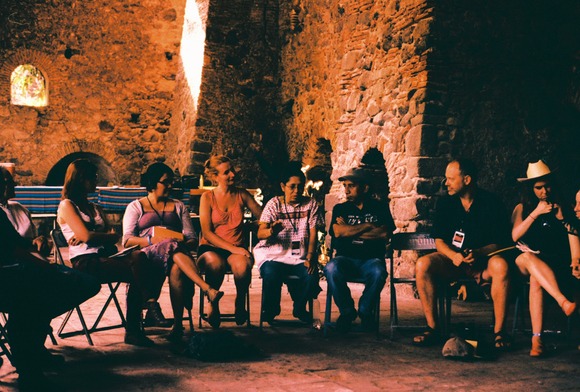 Mercedes Osuna’s Lessons To The Outside Activist

Mercedes Osuna is an incredibly strong woman and dedicated organizer of the Zapatista movement in Chiapas, Mexico, where she helped shelter refugees during the armed conflict in Guatemala in the early 1980s. During her presentation, she underscored the direct correlation between the security of the journalist and the security of the community, and stressed the importance of clear communication when arriving in a zone of protest. If a journalist is conspicuous, he/she could could draw attention and danger to the community from opposing forces. 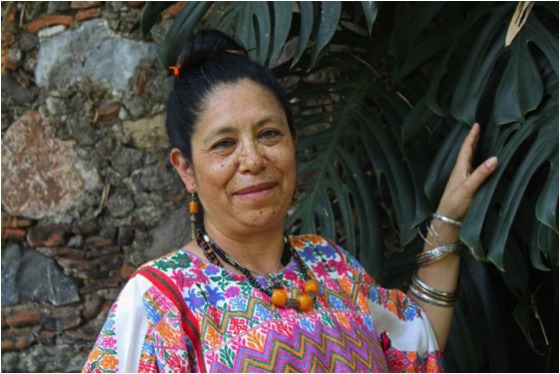 Here are some tips from Mercedes.

1) Take your time to understand your surroundings and the background of the conflict. Don’t risk the population’s safety.

2) Have a community liaison who is monitoring the situation, give you information and a complete history of the community and the conflict.

3) Make sure this contact knows and explains to you the actors of the movement.

4) Only use words and phrases that you know—you want people to take you seriously.

5) See if you will have electricity.

6) Make sure you always have seeds, dry fruit, and toilet paper, and sleep in your clothes in case you need to make a quick escape.

7) Bring an extra jacket in a different color to change into if someone is pursuing you.

8) Store your material and reporting tools (cards, film, audio recorders) off your body as much as possible. You also risk putting the community in danger when the aggressor finds footage.

9) Do not let personal conflicts get in the way of damaging the movements. 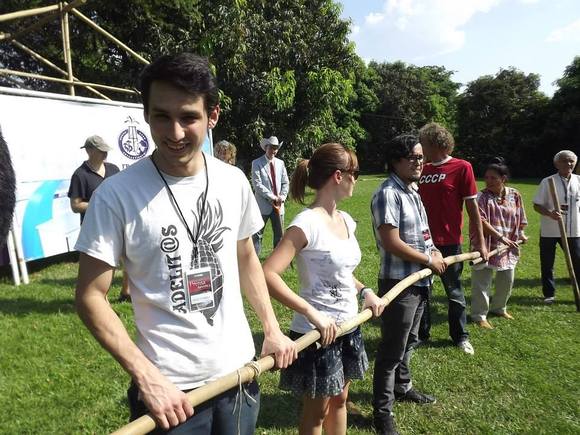 Is your demonstration visible in the eye of the media?

After Mercedes' presentation, students and professors at the workshop took part in a role-playing exercise that revolved around a foreign hydroelectric plant opening on a community’s plot of land. At the beginning of this activity, the class members were assigned their parts which included a governor, the foreign owners of the multinational hydroelectric plant, police resistance brought in by the city, mainstream press, two independent journalists, affinity groups of locals affected by the plant, and foreign activists protesting the plant's opening.

I was part of the local affinity group. During our second mock demonstration, we positioned ourselves behind the police line, linked arms, and sat together where the first stone of the hydroelectric plant was to be set.

The foreign (American) activists, who hadn't consulted with our group, interrupted our chants and tried to get in front of the camera and talk to the reporters, disturbing our sit-in. So we began shouting "no nos representa," or "they don’t represent us." 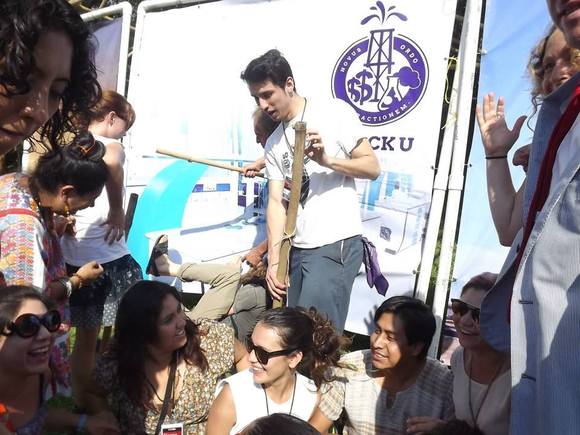 In the end, our local group’s protest was mainly blocked from the press by the police. The media was focused on the plant owners and the governor, and my group was just noise in the background.

Perhaps the most important lesson I learned from this exercise is the key role media play in social movements. Without getting your story heard, it is difficult to affect or inspire any true social change, which is why authentic journalism is crucial.