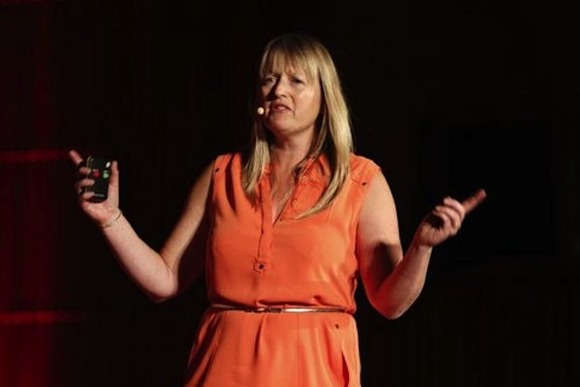 There are 7 billion people in the world—7 billion people who all need access to clean water and sanitation, a good education, an honest and responsive government, reliable energy, healthcare, protection against crime and violence, and other rights crucial to peace for the global community. The United Nations Millennium Campaign works to support citizens' efforts to hold their governments accountable for achieving and maintaining these rights, as well as the eight Millennium Development Goals (MDGs), which range from cutting extreme poverty in half to promoting gender equality and empowering women. Since the MDGs were established for the citizens of the world, one would think citizens would have a say in deciding what these main objectives are, which is what the UN's MY World Global survey was designed to facilitate.

"I think we all felt that the Millennium Development Goals were designed by eight smart men in suits sitting in a basement in the UN writing," said Corinne Woods, Director of UN Millennium Campaign on a crisp, bright day in early May.

I was visiting her to learn more about the backstory of the MY World Global survey. Initiated by UN Secretary General Ban Ki-moon to bring citizen participation to the forefront of the UN's global development agenda for 2015 to 2030, the survey was created to make the goal-setting process as open and transparent as possible. Setting the intention to mobilize 2 million people to vote on what issues they think the UN and their partners should prioritize by the end of May, the survey is targeting everyday citizens, particularly young people.

"What we’re doing is giving governments a clear way in which they can see what their people want," said Woods.

She then explained that the MY World team is using technology to do this, along with good old fashion face to face conversation.

"The internet can reach many people, and there’s mobile phones and SMS, which is necessary, but not sufficient," she shared. "So part of the big effort we’ve made is going directly to people. In the first year of MY World we partnered with 700 organizations to say, ‘let’s work out how we can do this, so that it doesn’t just become clicktivism.'"

Thanks to a number of dedicated MY World supporters doing outreach on the ground, half of the 1.5 million votes that have been gathered as of early May have come through paper ballots.

"It's a testament to amazing individuals working with us," shared Woods. "The guy in Kamaroo who reached out to 50,000 people through his church group, scouts who’ve gone into villages in India, a young man in Haiti—they've all shown incredible support."

The MY World Global Tour, which The Toolbox has been following since April, takes the My World initiative one step further in its storytelling. While data and votes are valuable, connecting faces, names, and stories to the data is what makes the campaign powerful and unique. There are massive mobilization efforts transpiring while the tour is happening. Woods says MY World's goal is to collect 10 million votes by 2015.

"It will take monumental efforts," opined Woods. "But as we’re gathering those votes what we’re also doing is connecting with people and saying, ‘do you want to be part of something long-term?’ Do you want to be part of a global citizen panel?' Can you imagine 1 million people saying yes? Then, every year we can have a new agenda and we can ask those people, 'what are your priorities now and have things gotten better?' We'll have a million people who have become the MY World panel, and then another 3 million people through all of our different partnerships. We'll be able to have an ongoing conversation to 2030."

After all the votes are collected in 2015, it's going to be up to the governments to decide what the new Millennium Development Goals are. Once the new MDGs are set, the MY World team hopes to forge partnerships spanning different groups including parliamentarians, civil society, NGO’s, the private sector, entrepreneurs, and other key players who can come together to implement a plan. Of course, every country is going to devise a different strategy for taking action, as the priorities they think their governments should be responsible for will vary depending upon their local cultures and political systems.

What do you think your government should be held accountable for today?

To participate in the MY World survey, go to http://vote.myworld2015.org/ and vote for the world you want to see.