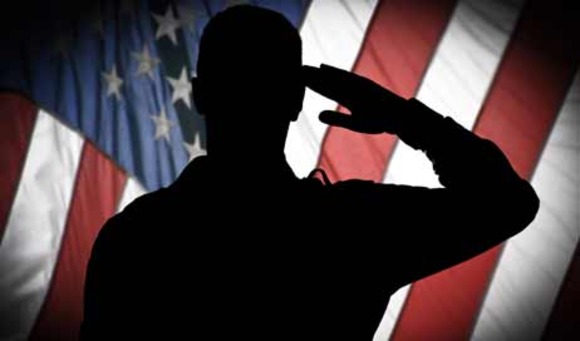 Millions of Americans are celebrating this Memorial Day with barbecues, parades, and spending time with their families. Amongst the celebration for the start of summer, many people may be forgetting the reason behind this holiday. This Monday, we are honoring and commemorating the generations of military personnel that have died in service of this country. That's why at 3:00 p.m. EST Americans across the country will be observe the National Moment of Remembrance. The Uniformed Services Benefit Association has noted that at this time “Taps” will play across the country, trains will blow their whistles, cars will drive with their headlights on, and Major League Baseball fans will observe a moment of silence.

To honor Memorial Day and help current veterans in need, I spoke with Army veteran Colonel (R) John Wallace who works with the Augusta Warrior Project (AWP), a not for profit organization. Wallace served his country as a logistics officer for over 20 years and retired in April this year. His first tour of duty was Desert Shield/Desert Storm, and he completed two more tours of duty during Iraqi Freedom.

The Augusta Warrior Project has a four-step model: connect, educate, advocate, collaborate. The difference between AWP NPOs is that AWP proactively seeks veterans. The organizations does not believe in building up resources and waiting for veterans to come utilize them. Instead AWP goes directly to veterans and educates them. The Wounded Warrior Project has awarded funds for partner organizations that employ a similar model. Currently, three groups in Tacoma, Charleston, and the Florida panhandle have been approved and are working alongside AWP.

“The entire focus for AWP is the Warrior, veteran or family member,” says Wallace. “Jim Lorraine has envisioned these concentric circles and in the middle is the warrior. The surrounding circles are veteran affairs, Department of Labor, education, and healthcare, all focusing on the warrior. AWP focuses on any warrior of any generation, as long as you or a family member has served we will help you."

At The Toolbox, we believe that each tool, whether it is an app, software, or organization, has to evolve with time to reflect today’s society. AWP is no different and has taken that into account. This country has been at war since August 2000, the beginning of Operation Desert Shield.

“After every large conflict, we build the military up and then we contract," says Wallace. "Currently, there are thousands of veterans out there. We do not look like a nation at war for over 10 years, we haven't had to deal with rations. [However], to comply with budget cuts there will be tens of thousands additional veterans on top of those who are already in the system. We are growing this national model [AWP Community Integration] as the demand is rising for resources.”