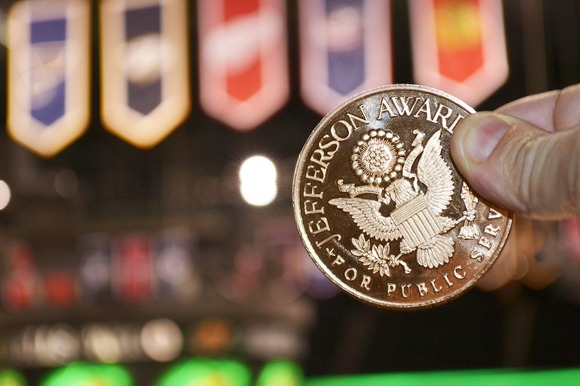 I’ve been thinking a lot about courage and wishing I had more. That’s not to say that I haven’t ever done anything courageous in my life; it’s just not something I practice on a regular basis. And, I want to so badly—so much so that I’ve been reading books on the topic and meditating on it every night. You might ask, “Unless you’re in danger all the time, how can you do something courageous every day?” The answer lies in your personal definition of courage. My personal belief is that courage is fundamentally rooted in an individual’s capacity for self-compassion.

In the book “The Gifts Of Imperfection,” Brené Brown writes that when traced back to the Latin language, the word courage means “To speak one’s mind by telling all one’s heart.” That’s so elegant, isn’t it? It’s remarkably simple, yet profound. It’s the kind of courage I aspire to practice every day. I have a long way to go, but thankfully I have a league of warriors guiding me. They are living examples of everyday courage. They are the unsung heroes who sleigh the dragons of self-doubt and disconnection for themselves and for the sake of helping others. And, a number of them are teens.

Since developing a project called Magic Makers, which spotlights young people using science, technology, engineering, art, and activism to change the world, the tenacity of teens has become the through-line of my greatest endeavors in life, creativity and love. I’ve become somewhat of a teen/activist ambassador. It’s through Magic Makers that I met, Valerie Weisler, the 16-year-old CEO of The Validation Project, a nonprofit that empowers teens to use their unique talents to benefit others.

"Being a teenager in this society, in this world, I’ve realized that there’s a very big problem that few people are paying attention to, and that’s the problem of self-hate,” says Valerie. “The Validation Project is a world movement by the teens for the teens. We are a safe space for teens to open up about who they are and use that incredibility that they have inside themselves to make the world a little bit more colorful.”

Valerie’s courage and spirit are unstoppable. In May, she delivered an inspiring coming out speech at the GLSEN Awards, and she was chosen as one of the top eight finalists in the Lead360 Challenge, a contest where young people share with millions how they give back to society, and a core initiative of the Jefferson Awards for Public Service, a national recognition system awarding public volunteerism in the U.S.

Founded in 1972 by Jacqueline Kennedy Onassis, Senator Robert Taft, Jr. and Sam Beard, the Jefferson Awards is America’s best kept secret—a “Nobel Prize for public service.” From June 17-19 in Washington D.C., the Jefferson Awards will recognize Valerie, the other Lead360 finalists, and a slew of activists spanning the ages of 5 to 105. Some of the monumental change makers being honored include former U.S. House Representative Grabrielle Giffords, DonorsChoose.org Founder Charles Best and teen inventor and scientist Jack Andraka, who is also a key figure in Magic Makers.

Beyond the celebration, the Jefferson Awards is so much more than an award ceremony. It’s a powerful community building a culture of service from the ground up. In addition to being honored for their civic engagement, the Lead360 Challenge honorees and a handful of other young activists will be attend the Jefferson Awards’ leadership training program, GlobeChangers.

“We are committed to the incredible capacity and spirit of young people,” shares Hillary Schafer, Executive Director of the Jefferson Awards. “Through our Students In Action, our Lead360 Challenge and GlobeChangers programs we train and empower today’s youth to be leaders, problem solvers, entrepreneurs and impactful global citizens.”

Since it's inception, the Jefferson Awards has recognized more than 55,000 local change makers serving their communities. Public service takes courage, as public service is at it's core an act of compassion, which cannot transpire without self-compassion. It make take some time and diligence to practice everyday courage like Valerie, Gabrielle Giffords, and the other honorees, but I hope to get there one day. I hope you'll join me.