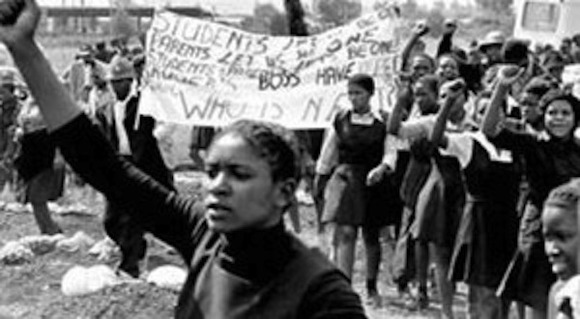 On June 16, 1976, a group of South African children and students in Johannesburg, held a peaceful protest against apartheid and raised  their voices in the name of equal education. While marching for what they believed in, thousands of these young people were wounded and killed in a massacre. To commemorate their courage and uphold their legacy -- one that is rooted in social justice and education for all -- the African Union marked June 16th as the Day of the African Child in 1991. The theme of the occasion this year is “A child-friendly, quality, free and compulsory education for all children in Africa”.

While efforts to grant universal access to children has made great strides over the years, progress is currently at a standstill. According to UNICEF, Sub-Saharan Africa now accounts for 52 percent of all out-of-school children, rising from just over 46 percent in 2005. If this continues, there could be more children out of school in 2015 than there are today. UNICEF's and UNESCO's Out-of-School initiative is working to ensure this doesn't happen. How? Through data. Through collecting and analyzing data sets on education, health, and issuing regional surveys and population surveys, the organizations are able to identify and count the ‘invisible’ children who are not in school. The goal is to use the information and harness technology to expedite the process and inform policy decisions.

This year, June 16th could not have come a day sooner. Today, Gordan Brown, the United Nations Special Envoy for Global Education, reflected on the sentiment of the Day of the African Child and called upon the world to remember the 200 Nigerian girls who were kidnapped on April 14th. Meanwhile in South Sudan, hundreds of children marched through Juba to recognize the Day of the African Child and urge the adults in the country to make peace.

The African child may be the most underrepresented, yet poignant symbol of the need for peace in the world. Without universal education, there can be no universal peace.

To learn about how you can help improve education in Africa, check out IDAY.