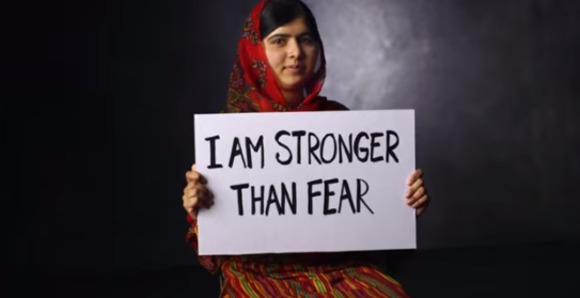 It takes a certain kind of woman to have a day named after her. It takes doing something nearly inconceivable in modern times. It takes standing in the face of adversity and leading a movement for all of humankind, which is what education and women's rights advocate, Malala Yousafzai, has been doing since the ripe age of 15.

In October 2012, while riding her school bus in Pakistan, Malala was assassinated by the Taliban for promoting education for girls. Her survival was not only a miracle, it was the beginning of her journey as an international youth leader, who is now spearheading the crusade for universal education. For this reason and for the sake of children everywhere, Malala Day is in full effect, mobilizing young people to raise their voices against oppression and violence from forces threatening the lives of those seeking social justice.

“Malala Day is not my day,” Malala said in a statement. “It is the day of every girl and every boy. It is a day when we come together to raise our voices, so that those without a voice can be heard.”

The Malala Fund is calling on people to use the #StrongerThan hashtag on social media to share their own stories of overcoming injustice.

Adding fuel to her magnetic fire, Malala is bringing light back to an issue that has lost steam in the headlines recently. On July 12, Malala's 17th birthday, the young activist traveled to Abuja to meet with some of the parents of the 250 Nigerian girls who were kidnapped by the terrorist group Boko Haram. She reportedly told the families of the girls that she would be their voice when she meets with Nigerian President Goodluck Jonathan today.

Today, what is it that you're #StrongerThan?