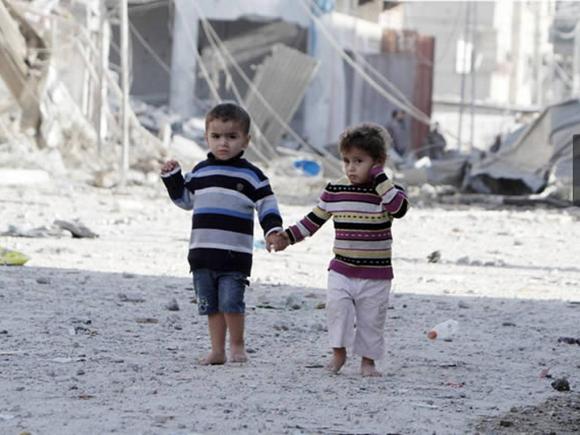 Over the past year, The Toolbox has published several posts on how people in conflict regions (i.e. Syria, Venezuela, etc.) can utilize technology for aid and protection.These tools have ranged safety app to platforms that facilitate storytelling and distribution. That being said, the current events in Palestine and Israel are so severe that people aren’t looking at apps for to help them. Citizens there just want to live and see the next day.

I am not Palestinian or Israeli, so I cannot speak as someone who truly understands what is unfolding in the area. However, as a Pakistani-American who has seen the effects of hate and as a human being who is deeply concerned about the atrocities in Palestine, I can say, this needs to end.

Stories are flooding Twitter and Facebook to raise awareness of the tragedies transpiring. Below are just a few.

After the kidnapping and murder of the three Israeli teenagers Naftali Fraenkel, Gilad Shaer, and Eyal Yifrah, a revenge killing took place. Mohammed Abu Khdeir, a 16-year-old, was kidnapped and murdered in retaliation allegedly by Israeli extremists. Many Israelis traveled to the Abu Khdeir house to offer their condolences. 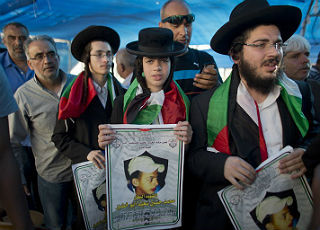 “I’ve been publishing obituaries for years in Haaretz for various wrongs,” Moshe Simchovitch said, displaying a photocopy of an obituary he published in honor of doctor Izzeldin Abuelaish, who lost three daughters in an IDF strike on Gaza in January 2009. Simchovitch is a 69-year-old Jerusalem pensioner who paid for Abu Khdeir’s obituary and that of many other Israeli and Palestinians.

“‘We must let go of the trigger and press down on the pedal of peace,’” he read from the paper. “Between me and you, it’s nonsense. Things are only getting worse. This will not be the last incident, we’re in for worse. Believe me […] these 350 people here are nonsense. They don’t even make up half a yeshiva. Who does this help? Who cares? We’re barely a grain of sand. I’m here to represent myself, no political party.”

“If it were just about us, it’s very easy to find someone in west Jerusalem to feel good with, and post comments on Facebook,” Ronni Sadovksy, a Harvard PhD student, told The Times of Israel. “Anyone who comes to something like this wants to express his feelings, to tell the family how sorry he his. I may not have perpetrated the crime, but I think I have a moral obligation as a member of the group that did.” 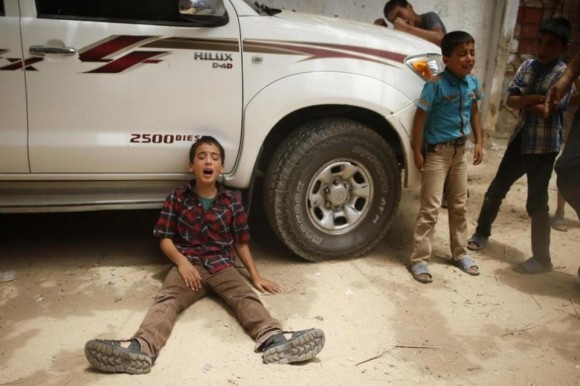 The three boys from Gaza who above are mourning the loss of their parents after an Israeli airstrike killed 18 people in the Al-Batsh home.

"Has your opinion on “conflict in the Middle East” still not come about? You are not extraordinary enough to assess the policies of Israel against the Palestinians?" questioned Mark Rausch in his Mondoweiss post. "We are all capable of comprehending them via a move through object regard, to symbol-imbuing, to interpreting as perhaps the most god forsaken thing that’s ever happened in our lifetime. But to be unwilling to interpret: this situation is perhaps what we have come to as a species, a full-circle point, no longer advancing as organisms except to manipulate our natural surroundings to our preferences and not to anyone else’s."

People may look at this post and turn away, as they are tired of hearing about all the deaths in the Congo, Palestine, Syria and Iraq. We want change. We want this to stop, and we want to make this world a better place for the next generation. The question remains, how? Is telling stories enough?

Salman Husain, an intern at Syria Relief and Development, eloquently stated, "in this moment, we must return to Maya Angelou’s reference that nothing a human being can do or experience is alien to anyone who is human. If we look past the words of newscasters and politicians and beyond the language of statistics, we will find faces of ordinary people who are suffering an unimaginable but ultimately understandable pain. At the end of the day I cannot say that this issue is beyond my realm of understanding. On the other hand, I cannot claim to understand in any substantial way what it means to be a Syrian refugee unless I have experienced that reality for myself, which I never will.  If we can accept this perspective and commit to helping those in need, we may yet reclaim our humanity."