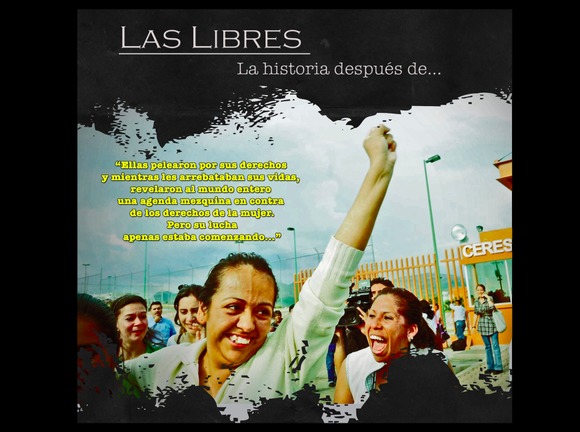 On July 17, “Las Libres: The Story Continues” premiered at NYU, presented by the National Latina Institute for Reproductive Health. The documentary chronicles the journey of six women incarcerated on charges of homicide in Guanajuato, Mexico for having abortions, while Las Libres, a Mexican organization that builds awareness and takes legal action for women’s rights, fought for their release. Many of the women featured in the film were sent to jail without a fair trial, and one of them had a miscarriage and was still sentenced to 25-30 years.

The documentary screening was followed by a packed Q&A session with the film's director, Gustavo Montaña, and several key activists including Las Libres organization director, Verónica Cruz and the group's coordinators, Rosalia Cruz and Karina González. González says the documentary was well-received because the audience identified with the theme of justice for women and because the criminalization of abortion is a harsh reality that needs to end.

In addition to the aforementioned injustice, "Las Libres: The Story Continues" also spotlights the importance of international political organizing behind the right to a safe abortion. Montaña highlighted parallel stories of resistance for women's reproductive rights, including Manuela Castañeira’s organizing work in Argentina, where abortion is illegal except in cases of rape, as it is in many states in Mexico. Castañeira is the outspoken leader of Las Rojas, a socialist Argentinean women's rights group that has been in the media spotlight for several political demonstrations. She says the film has given the struggle around abortion rights great exposure and tools, as well as an expanding network for women who risk facing violence and incarceration when asserting ownership of their bodies.

Montaña's layering of stories is a powerful tool in his documentary film. The director pulled in news clips featuring US pro-life advocates, and framed them with the personal stories of unjustly incarcerated women. The film's actors and activists' overarching message to the world is, "If we [women] can't control our bodies, what can we control in society?

"Las Libres: The Story Continues" is touring the U.S. with screenings in Oregon, North and South Carolina, as well as Ottowa, Canada, and will return to Mexico and Argentina. Castañeira is looking forward to screening the film in many locations in Argentina including universities.

To bring the film to your community, you can reach out to them via Facebook.