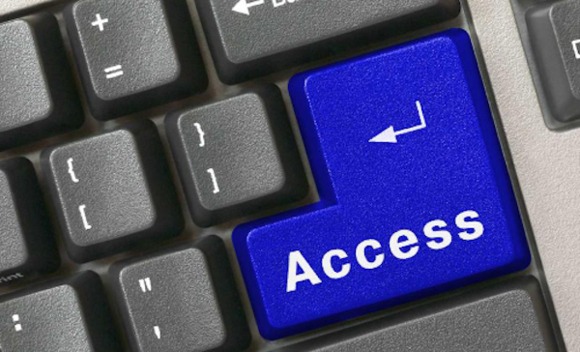 The term “web accessibility” is almost always used in the context of individuals with disabilities, but its meaning is broader than that. Web accessibility, also known as universal or inclusive design, is simply the extent to which people of all abilities can use the Internet. The responsibility for ensuring ease of access falls primarily on those who build websites or develop its underlying infrastructure, but the topic is important for anybody who uses the web to keep in mind. Though many don't realize it, inclusive design benefits everybody who uses the Internet.

The advantages of an accessible web for someone with a sight-based disability are clear. The Internet is a primarily visual medium, and ensuring that software can sync with graphic content to turn it into audio opens it up to a wider population. What's great about web accessibility is that its advantages constitute what's known as a "network effect,"  a positive impact of a product, service, or function that expands with the number of people who use it. Since websites designed inclusively are easier for everybody to use, chances are that you and your extended online community have a lot to gain from content that’s been designed with ease of use in mind. When web users work together to make sure it's open to others, everybody wins.

According to the U.S. census, approximately 56, 672, 000 citizens have a disability. Many of the conditions that make up this number may not seem like barriers to a meaningful digital experience, but they can be obstacles. Animated GIFs have been known to induce seizures in individuals with epilepsy, a fact that hasn’t gotten much attention, even as this type of image has risen in popularity on social media and blogging sites. For those with attention disorders, websites that default to playing audio as soon as they’re opened can present a significant distraction. Inclusively designed websites wouldn’t seek to exclude GIFs or background sound from the web, but may include notifications to warn users of potential seizure triggers and make audio an “opt-in” rather than “opt-out” feature.

Nearly 19% of the total United States population is a pretty big number to exclude from the web. As Internet use becomes more seamlessly interwoven with the real-world activities of Americans and citizens worldwide, the need for designers and developers to ensure that it's open to all people is becoming increasingly urgent. In the eyes of the U.S. government, this is just as important as making sure buildings have ramps that can accommodate wheelchairs. In 1998, Section 508 was adopted as an addendum to the Americans with Disabilities Act, which “requires that Federal agencies’ electronic and information technology is accessible to people with disabilities.”

The criteria that web-based applications and information need to meet to pass Section 508 clearance are based on guidelines developed by the Web Accessibility Initiative of the World Wide Web consortium, the leading international standards organization for the web.

This is more than an issue of ethics and helping our online neighbors, however: it’s a matter of good business. The more inviting a site is to the greatest number of people, the more customer attention it will attract. Imagine a web user with color blindness who visits two different sites to compare prices on parts for her motorcycle. Both sites have competitive rates and a wide selection, but one doesn’t provide much color contrast between the text and the background page, making it difficult for her to read the product descriptions. The other site features black font on a white background, and she can easily understand and click her way through content without worrying that she’s misreading anything. Regardless of what’s being sold, she’s probably going to spend the most time on the second site, ultimately making her purchase there.

There's a common misconception about the aesthetic appeal of universal design: some people believe that it leads to websites that emphasize function over form. Black font on a white background may make a website easy to use, but it doesn’t necessarily make it attractive. Throughout the web’s history,  however, designers and programmers have worked together to blend usability with aesthetics and have consistently proven that there doesn’t have to be a compromise in either to achieve the best final product. In fact, many schools of thought about design emphasize the integration of visual appeal with usability.

Good designers in any medium practice their craft with the population they’re serving in mind. The Internet is unique among other forms of media in that its myriad capabilities have the potential to be used by virtually anybody.

Tim Berners Lee, the inventor of the worldwide web, writes in his book Weaving The Web: The Original Design and Ultimate Destiny of the World Wide Web that "the web is more a social creation than a technical one. I designed it for a social effect — to help people work together — and not as a technical toy."

If this is the case, all people who make products for and via the web need to make sure that everybody can use it. As participants in digital civic society, if we do what we can to keep the web accessible, we can only increase its power to be a positve force for years to come.