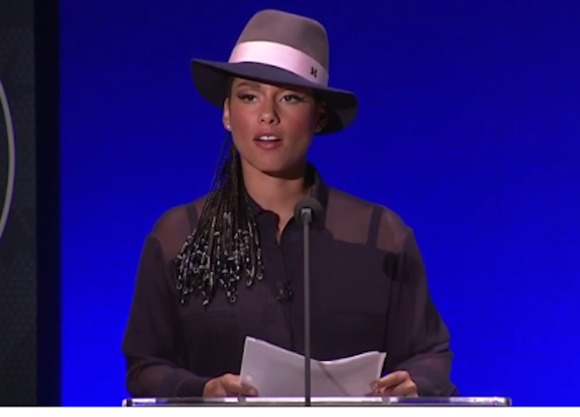 Today, The Toolbox joined over 64 countries and thousands of change makers and social entrepreneurs at the 2014 Social Good Summit to discuss solutions to some of the world's toughest problems. Can we end poverty by 2030? Can we empower more women through mobile technology? Can we use the power of tech to regulate carbon emissions and better utilize renewable energy? How can we create and harness technology to expedite the reconciliation process in conflict zones such as Israel and Palestine?

Alicia Keys closed the day performing her new single "We Are Here," and announcing her personal $1 million peace pledge to the #WeAreHere movement. As part of the initiative, the entertainer is encouraging her fans to support 12 specific groups: All Out, a gay rights organization; CARE, the aid group; Equal Justice Initiative, which combats racial inequity in the criminal justice system; the Future Project, which empowers high school students in America; Girl Rising, which supports girls’ education around the world; Keep a Child Alive, which helps children affected by H.I.V. and AIDS; Moms Rising, which supports universal prekindergarten, maternal leaves and tighter gun laws; Oxfam, which fights global poverty; Partners in Health, which tackles disease worldwide; the Trevor Project, which prevents suicide among gay and lesbian youths; the Trayvon Martin Foundation, which fights racial profiling; and War Child, which supports children in conflict areas.

Across social streams, there were conversations in 144 countries in 31 languages revolving around the goals the Social Good Summit community wants to accomplish by the year 2030.

To follow the online dialogue on Twitter, use #2030Now. We'll be back at SGS tomorrow sharing this event's highlights. Here are some of today's!