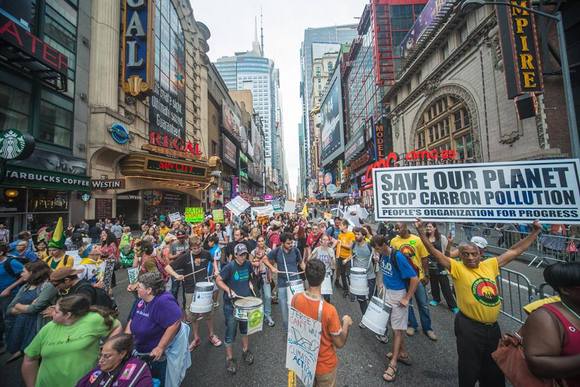 There is power in numbers and truth to the “seeing is believing” saying. I already see on social media countless iconic photos, a video from a drone, and evidence that almost everyone I know in the Greater New York area attended the Peoples Climate March Sunday, urging global leaders to combat climate change.  The 400,000 demonstrators, who came from not just the five boroughs but across the country and around the world, exceeded the People’s Climate Change organizers’ expectations of just 100,000. This historical event was timed with Climate Week NYC that kicks off Monday, along with the United Nations Climate Change Summit, which begins Tuesday.  According to Peoplesclimate.org, 2808 solidarity events were held in 166 countries. While New York City was at the helm of the global event, demonstrations took place in countries including Australia, the Philippines and Papua New Guinea. 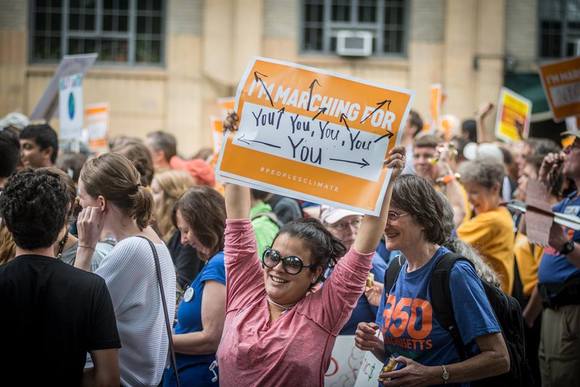 The most relaxed and diverse protest I've been to in New York, the convergence included people ranging from Indigenous activists, tri-state farmers, labor organizers, concerned parents, 20-something fracktivists, gay rights activists and grey-haired socialists. Of the many creative slogans “Less Likes, more action,” “There is no Planet B” and “Look Mom, No Future” stood out the most. A number of signs were distributed with a blank line, where people could write their reasons for marching. Many wrote “our future,” “my kids and my grandkids.” 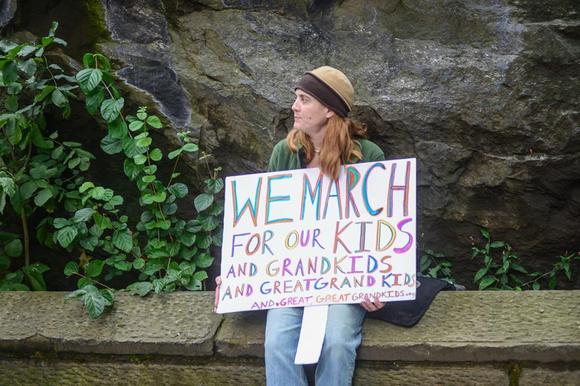 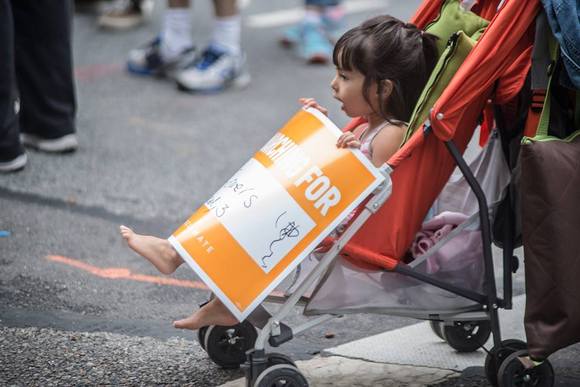 To start the march, hundreds of thousands of people lined up along Central Park West, from Columbus Circle, to the Natural History museum, to 86th ST, maybe further, trying to leap frog the line through the park, sitting, dancing with bikes, chanting, playing in brass bands, and walking along with their groups while swaying sculptures, banners, and strollers. I even saw a photo of two older women carrying Free the Cuban 5  banner. “This was last minute,” I overheard a woman telling her friend. “I had other plans but I decided to drive out here this morning.” As I snapped her photo I ran into a friend doing the same. 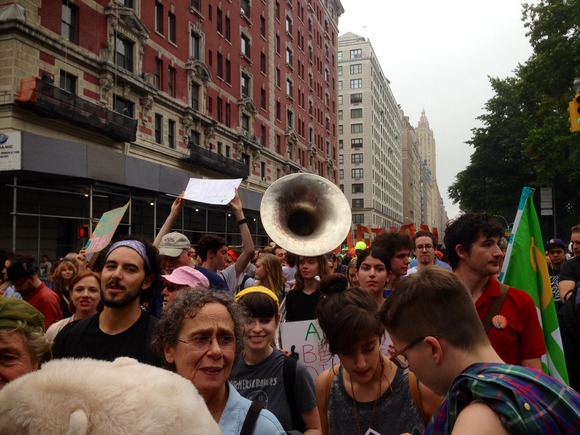 I have never felt the power of collective voices as much as I did yesterday. Everyone who signed on to get text alerts from the organizers got a message to hold a moment of silence for victims of climate change at 12:58pm. Two minutes later, we were instructed to make as much noise as possible. The wave of sound came at us from the front of the march and left me speechless (ironically) and gave me chills. The feeling of solidarity among so many people on a rather small island really makes you think there is urgency and agency around this issue. 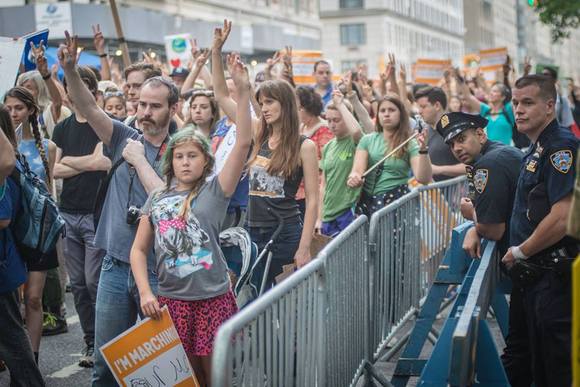 Katie Halper, a writer and friend from the School of Authentic Journalism, captured the chilling moment of silence erupting into cheers in this Youtube video:

Though the Sunday News shows didn’t even mention the event, It was the largest Climate Change march in history. But after this week, how do we keep the momentum going?