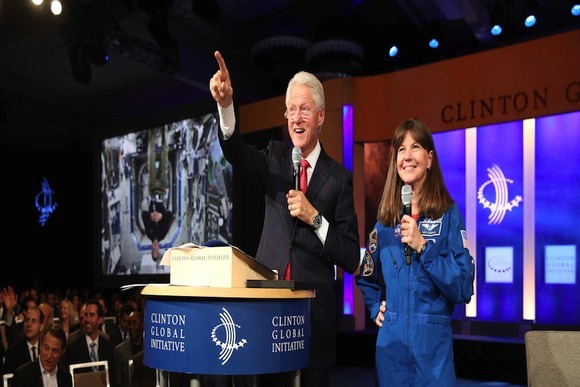 Last week, The Toolbox editorial team attended the Social Good Summit and The Clinton Global Initiative (CGI), two of my favorite events of the year. Some critics say CGI has become a platform primarily to serve and promote the Clinton clan now that Hillary and Chelsea are major participants in the conference, but I beg to differ. Since it began 10 years ago, CGI has developed 3,100 Commitment to Action with NGOs, businesses, political leaders and activists, making international development a collaborative effort across sectors. This time, the annual meeting's discussions focused on empowering women, ISIS, climate change, and alleviating poverty.

I've attended CGI three years in a row. The gathering is largely the reason I relocated from Los Angeles to live in New York City again. My first year, I was star struck, which was ironic because after working as an entertainment journalist for CNN and AP in another life, I thought I was impervious to celebrity. But CGI promotes a different kind of celebrity—one that embodies idealism, collaboration, and a mind and heart for social justice.