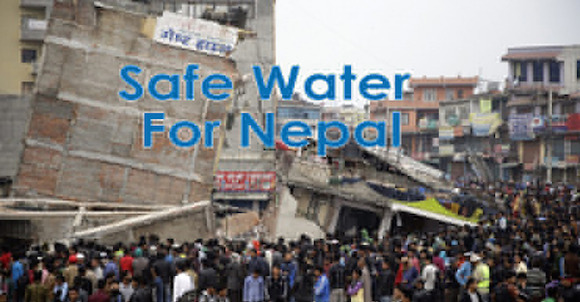 The youth-led nonprofit Hands4others (H4O), which works to stop the global water crises, has taken its special water purification system to Nepal, where the death toll is nearing 8,000. From Honduras to Uganda, the organization installs water filtration systems that can provide water for up to 25,000 people (40,000 liters per day).

We caught up with H40 Project Director Casey O’Toole to learn about how the group's solutions work.

“The technology we’re using is pretty rudimentary, but really rugged and sustainable,” O’Toole explains. "The water filtration systems, while not incredibly high-tech, are environmentally sustainable. Generators used to power the system run on solar energy. The solar panels, while being eco-friendly, provide a reliable power source in an area where electricity may not be available."

Non-profits and grassroots campaigns often come under fire for not using a sustainable approach in the communities they are helping, and this can contribute to efforts being less effective. H4O takes a different route.

H4O's partner, Water Missions International (WMI), surveys a community for a year before a water purification system is installed, and establishes a community board to deal with issues regarding the system. Community members are involved in the process of setting up space for the system, digging trenches, clearing ravines and handling other tasks.

“This ensures buy-in on the community’s end,” O’Toole says.

After one year, H4O and WMI evaluate the communities to confirm the system is being properly cared for.

The work of H4O has created a better quality of life in many of the communities where systems have been installed. One of their primary locations in Honduras has experienced fewer hospital visits and a decrease in school absence. As a result, this has allowed more time for community members to spend with family or even to work a second job.

A lot of people ask us, ‘are you a youth organization or a water organization?’ Our answers is, 'yes,' O’Toole jokes. But H4O deftly uses solving the global water crises as a platform to get youth engaged. High schools around the Santa Barbara area and as far as England and Scotland pitch in on fundraising efforts. Students raise money through bake sales and other events that directly fund the installation of a water purification system.

H4O has a few key areas it dedicates much of its time and resources to, but when a crisis occurs, as was the case with the earthquake in Nepal, the group is quick to take immediate action. In the days following the 7.8 magnitude earthquake, H4O student activists had already raised the $10,000 needed to build a system.

O’Toole says of the organization's philosophy, “because we have the ability to react quickly, we feel like we have the obligation to do so.”

And respond promptly they have. The organization plans to set up one or two additional filtration systems in Nepal within the next few weeks.

H4O is the modern face of non-profit humanitarian work, as its team members act as first responders to the global water crisis through combining youth involvement and community engagement.