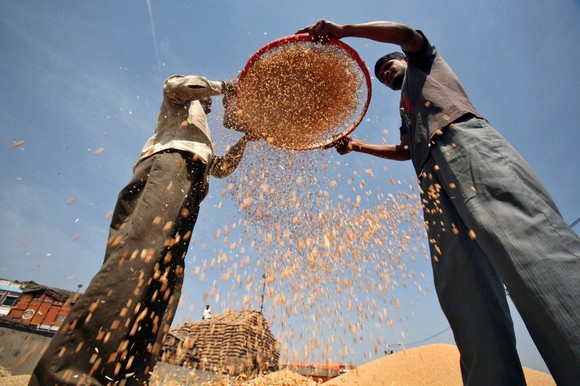 Hunger is a feeling we have all experienced many times in life, but ours is not the same hunger that 795 million people in the world feel every day. Their hunger is not just a desire to munch on something or a result of not eating for several hours, but is “chronic undernourishment,” as the Food and Agriculture Organization (FAO) of the United Nations defines it. The world's hungry lack sufficient quantities of calories and protein in their diet, leading them to become severely undernutritioned. But don't get too discouraged just yet, there is good news coming!

The most recent FAO statistics show that there are 167 million fewer hungry people in the world today than there were ten years ago, even with the significant population growth the world has seen. Just 25 years ago, the statistic was at one billion hungry people. With this accomplishment, developing countries have almost achieved the first Millennium Development Goal, or MDG, target of halving the prevalence of undernourishment by 2015. In fact, 72 out of 129 developing countries have reached this target. Since the timeframe for the MDGs is now coming to a close, it is important to consider this news under the upcoming Sustainable Development Goals (SDGs). The SDG concerning hunger differs from the MDG in its focus on achieving food security, improved nutrition, and sustainable agricultural practices. Economic growth, as may be expected, is a significant agent in reducing undernourishment, while political instability, conflict, and natural disasters only worsen the situation. By targeting these areas specifically, we can only hope that the next ten years will see an even larger decrease in the prevalence of hunger.