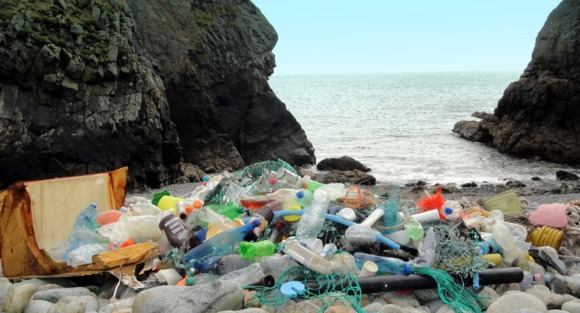 This past Monday, June 8, was a holiday. Well, a holiday of sorts. Since 2008, June 8th has been recognized by the United Nations as World Oceans Day. But what does that mean exactly? It means that on this day, more than on any other, we celebrate and honor the oceans, the life sustained under water, and the massively important purpose they both serve on our earth. Celebrations take place all over the world to raise awareness about the current state of the oceans and to call people to action to protect them. These celebratory events can range from beach cleanups to informational programs to community festivals. This year the World Oceans Day theme was “Healthy Oceans, Healthy Planet” with an emphasis on halting all plastic pollution.

Plastic pollution in the ocean may not be visible at the beaches most of us go to, but that does not mean we can ignore it. The Natural Resources Defense Council (NRDC) reports that approximately 80% of ocean litter originates on land and that most of that litter is plastic. To put it in even simpler terms, almost all of the trash floating in the ocean is preventable, since it comes from us.

It is a bit idealistic to think that as a human race, we can just stop polluting our earth. We can, however, come up with creative solutions to the problems we ourselves have created. Parley for the Oceans, a space created for people to brainstorm ways to save the oceans, and Bionic Yarn, a company that produces high-performance ecoyarn, are two entities that are collaborating to do just that. Because plastic does not disintegrate in the water, it is particularly detrimental to marine life. This explains why Bionic Yarn now produces durable yarn and fabrics from the plastic that Parley for the Oceans collects from the water. In this way, the plastic that could have choked a whale is transformed into wearable fashion pieces. It is initiatives like this are turning something that is so destructive into something constructive.

It is easy to verbally and ideologically stand against ocean pollution, but it is also easy to forget how much of the waste we create is dumped into our oceans, even though it may not be intentional. Even litter on the ground can easily be swept up by the wind and eventually land in a body of water, releasing harmful chemicals and disrupting the habitat of millions of organisms.

Just because we may not be able to see what lives miles below sea level does not mean that we can ignore how our actions affect the delicate ecological balance that exists there. In fact, Dr. Worm of Dalhousie University in Nova Scotia predicts that if existing fishing practices do not change, all currently fished species could be extinct by 2048.

To read more about World Oceans Day, the collaboration between Parley for the Oceans and Bionic Yarn, and ways we can reduce and alleviate the effects of plastic pollution, visit the following websites.