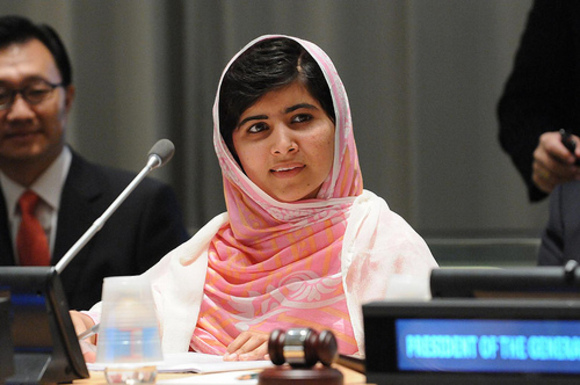 Teen education and women's rights activist Malala Yousafzai is setting headlines ablaze. With her new memoir out on bookshelves, her recent public, anti-gun comments to President Obama, her jaw-dropping Jon Stewart "Daily Show" appearance, her Nobel Peace Prize nomination, and a slew of speaking engagements, she is currently the emblem of world peace and social justice across the globe. Some argue that the young girl is being exploited as a commodity for the Western world. What do you think? Is the attention Malala is receiving beneficial for her and all of humanity, or is her personal mission to achieve education for all being used to deflect the sexism that exists in many parts of modern society?

Here's what the social web is saying.

[View the story "Malala's Mark On Social Media " on Storify]