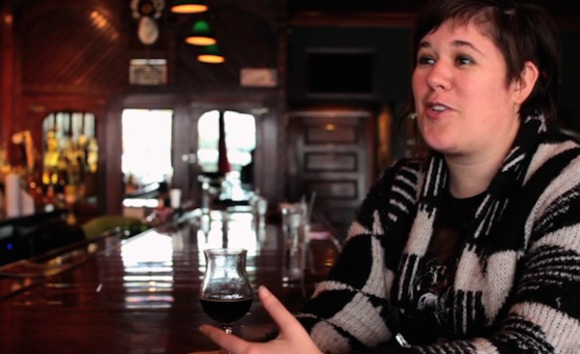 Detroit is a large city and it often comes as a surprise to people to understand how vast it actually is. Nearing 143 square miles, Detroit can easily fit San Francisco, Boston, and Manhattan within its own city limits. Taking into account the size of this urban landscape is essential when discussing the ongoing revitalization efforts. Subsidies, social programs, and aid are all important measures needed in any developing city and this is especially true when considering the needs of a city with countless communities. But even as officials assess programs and aid developments to stimulate growth in the D, the real evolution transpires within each community and through its members.

Amy Kaherl is one Detroit community member impassioned by the power of the people around her. Her current project Detroit Soup, illustrates how and why community level engagement is vital to future of the city she calls “magical.”

What is Detroit Soup

In 2010, Amy and friends started Detroit Soup, a monthly dinner series that brings people together to raise funds for creative projects in the Motor City. What started in a Mexicantown bakery as a fun and social way to support local artists has grown into a Detroit staple for residents to pitch projects and company ideas focused on art, social justice, technology and urban agriculture. Participating residents who pitch can be heard with the hope of winning the evenings entry fees. Amy considers this a “real neighborhood rooting.”

The concept for this crowd-funding event is simple. Attendees pay $5 at the door for a potluck style dinner. Four pre-selected participants have four minutes to pitch their PowerPoint-free ideas with no more than four follow-up questions from the audience. After eating and enjoying dinner table conversations, diners vote on the project and the winner takes the proceeds to begin their project with the promise to return in three months and share their progress with others.

Every aspect of this event is purposely established to maintain the fundamental neighborhood rooting that Amy intends to preserve. The most important thing about these dinners is that it becomes a unique setting for diverse people to sit and talk about their city, share their beliefs and values, and inspire people to create a way to help.

The entrance fee is another important element of these dinners. Amy believes “a true democratic community is one in which a voice has the power— not just the money.” Maintaining the static fee of $5, means that there are no socio-economic barriers for anybody who wants to attend.

Through the efforts of Detroit Soup, nearly $100,000 of grant money has been raised by and for Detroiters with projects that aim to benefit and reinvigorate the city. 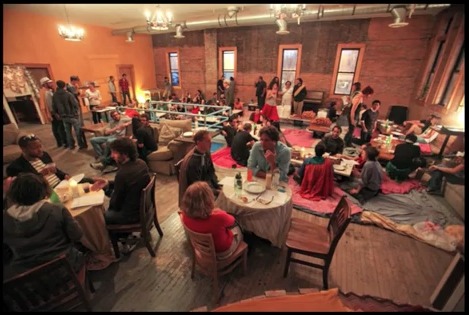 Previous winners have included Rebel Nell, which employs disadvantaged women to make beautiful jewelry from fallen graffiti. Another success story is The Empowerment Plan, a non profit making coats that convert to sleeping bags for the homeless. This initiative was later featured on NPR and CNN and granted additional funding to create an organization that employs the homeless directly from Detroit. Sit On it Detroit, another beneficiary, is a two-man team repurposing wood to build book-filled benches for bus stops without seats. Even non-grant winners have benefitted from sharing their ideas to Soupers. In one Soup, a theater troupe in search of a venue was approached by an audience member who later donated his theater to the group.

Since its inception, people have come to view these monthly Soups as a safe place to discuss and share ideas about what they think is needed in their own neighborhoods. The process shows the community how people seek innovation and how it can be done as a collective.

“What we’ve seen is that it [Detroit Soup] helps people engage in a very open dialogue,” says Amy.

“People have met and gotten married, some have gotten jobs, while others have made friends and collaborated on projects. I think that sense of community is something tangible that you can touch. This is something that gives power back to the people.”

Soups in Every Neighborhood

Amy has seen the Soup movement expand across neighborhoods, 60 cities in the United States, 25 in United Kingdom and other cities around the world. She believes that every neighborhood should have a Soup and that it’s particularly vital for neighborhoods with high crime and poverty rates.

“If you go into each neighborhood you are probably going to see that we are all just humans divided by socio-economics and educational access,” she shares.

Her hope is that initiatives like Detroit Soup will allow neighborhoods with low economic means to develop local businesses, community centers, job centers, school support, and community leaders that are all necessary for cities to thrive.

“We need to have more conversations where we are talking to each other and not at each other,” Amy says. And perhaps it is as simple as a meal.”