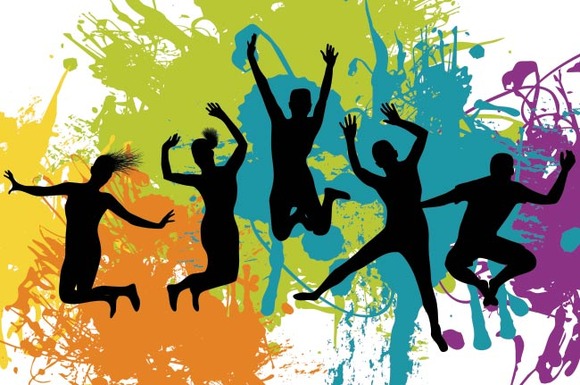 No one understands how rapidly the world is changing or adapts to cultural shifts better than young people. At ripe and impressionable ages, today’s teens have witnessed political revolutions, the legalization of same-sex marriage in the US, international economic strife, the acceptance and celebration of transgender public figures, and the proliferation of social justice movements spanning that globe. As digital natives, many teens have been privy to all of this before they even stepped foot onto a college campus—the place where most of their predecessors learned about social change and the importance of having a voice for the very first time.

So today on International Youth Day, which the UN has commemorated as an awareness day to draw attention to the legal and culture issues surrounding youth, my hope is that we go beyond awareness and take action to support the efforts of young people having a positive impact on the world. To encourage young men and women to elevate their communities socially and economically, the theme of this year’s Youth Day is youth civic engagement.

Here are three teens taking this theme into their own hands.

Siddhi Pal is a 17-year-old activist living in India. She’s the co-founder of Breaking Barriers, which is the first gay-straight alliance between Indian schools. Now active in five high schools, Siddhi is establishing the program at college campuses this fall. The organization’s mission is to create a more tolerant environment and facilitate open dialogue about sexuality and acceptance of the LGBTQI community in her country.

On September 15, Siddhi’s launching THRIVE, the first international e-magazine for LGBTQI youth to share and connect.

“At Thrive, we believe that our stories, however ordinary they might seem to us, have the potential to change someone's life for the better,” says Siddhi. “In a culture obsessed with measuring talent and ability, we often overlook the important role of inspiration. Inspiration awakens us to new possibilities by allowing us to transcend our ordinary experiences and limitations. Inspiration propels a person from apathy to possibility and transforms the way we perceive our own capabilities.”

The magazine’s goal is to foster communication between LGBTQI youth and the people they can look up to for support and guidance. Keep a look out for THRIVE next month!

Patrick Finnegan is a 19-year-old Massachusetts-based entrepreneur bringing quality content to his generation—Generation Z. He co-founded Limitless Times, the first Generation Z-centered site, to show teens how they can make a difference in the social impact sector.

Upon entering Limitless Times, users are advised to "Make Way for Generation Z" and are flooded with news and personal views about politics, education, art, style and more. By running stories about global warming and the LGBT community, Patrick and his co-founders, Oliver Ripley and Gelila Bekeley, aim to educate teens who may otherwise be disconnected.

“Limitless Times was  started because I saw a lack of content sites designed for my generation that weren't full of gossip,” says Patrick.

In addition to delivering Gen-Z content, Patrick plans to build Limitless Times into a consultancy for brands wanting to learn how to reach Generation Z in a meaningful way. For any retailers that aren’t paying attention to teens, they’d better get on board. Generation Z-ers aren’t just the earliest adopters of technology. They’re also the fastest growing consumer demographic on the planet, making up over a quarter of the US population.

Patrick says his goal for the site is to engage over 1 million teens by December 2015. Based on the buzz surrounding Limitless Times and its Gen Z-driven content, that shouldn’t be a problem.

How Reshini Premaratne Is X-ing Out Homelessness

Reshini Premaratne is a 16-year-old changemaker living in Virginia. After visiting her parents’ home country of Sri Lanka and seeing the devastating effects of homelessness there, she discovered there was also a severe homelessness problem in her own town of Richmond. In 2010, she founded X-Out Homelessness to raise funds and create awareness for people in need of shelter and resources.

As part of the organization’s mission to encourage young people to learn about homelessness and realize the similarities they share with homeless people, this past spring, Reshini rallied high schoolers from all around the Greater Richmond area to learn how to code with residents of the Safe Haven Shelter in the city.

In addition to the coding program, X-Out Homelessness has hosted a fundraising skating show and a youth-led conference on health and homelessness. To date, the organization’s campaign has reached 24 schools.

This month during the kick-off of X-Out’s second annual conference, Reshini is launching a state-wide leadership group called the Youth Action Council, which will bring together students across high schools to contribute to fundraising, social media and event planning efforts.

“It’s an opportunity for us to provide local youth with the ability to have a seat in the conversation about homelessness, while also allowing us to expand our organization as a whole,” says Reshini.

While the teens listed above are undoubtedly having an impact in their communities, they still need champions advocating on their behalf. Please check out their websites to see how you can participate.

Let’s keep up the momentum and make every day Youth Day.