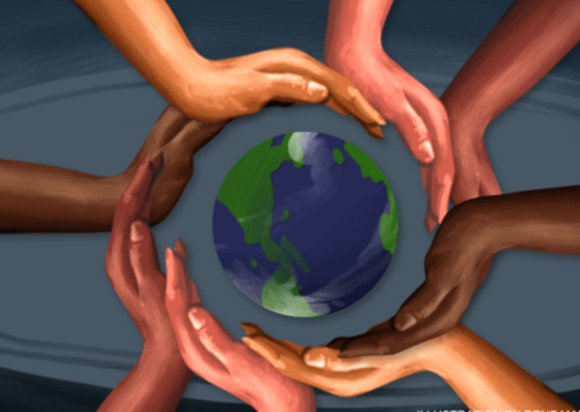 On Wednesday, people around the world online and the in the field celebrated World Humanitarian Day, a day honoring the work of people who make it their life's mission to help others.

Here are a few humanitarians and tools who have inspired us.

Any conversation about humanitarian efforts in education beckons Malala Yousafzai, the 18-year-old teen who was shot by a member of the Taliban for wanting to attend school in Pakistan. Since then, her efforts to bring education to girls and women worldwide have been relentless. To date, her organization, The Malala Fund, has committed $3.5 million over three years to 11 local education projects and global initiatives promoting girls' secondary education in six countries.

At the age of seven, Emmanuel Jal became a child soldier of the Sudanese army. His autobiography “War Child: A Child Soldier’s Story” recounts his escape from the rebel army to a refugee camp and his life after being adopted by an English aid-worker. Today, Emmanuel is a recording artist and uses his music to speak out against corruption in the Sudanese government and to protect children in Africa against military abuses. His work as a peace activist led him to establish Gua Africa, a charity working to alleviate poverty, build schools, and address child welfare in the most deprived slum areas in Nairobi.

Founder of the HowGood app, Alexander Gillett, has created a convenient way for shoppers to be more socially conscious. The app contains a food database of over 120,000 items and measures growing practices, pesticide usage, ingredient sourcing and processing and corporate governance. We hope Gillett has more ideas up his sleeve that remind us how that being socially conscious and healthy go hand in hand.

Whether you’re a founder or merely looking to work with an organization making the kind of impact you want to be apart of, one major resource out-putter you want to be in the know about is DreamNow.org. While they operate as a non-profit many projects they build do go on to become social enterprises. Acting as a design studio that produces ideas that do good, they are known for producing research like, Making good at work- a research study on how millenials are shifting the 21st century workplace. Dream Now founder Dev Aujla authored the game-changing book, Making Good: Finding Meaning, Money and Community in a Changing World.

Who are your favorite humanitarians and how do you think technology could support them and their work?