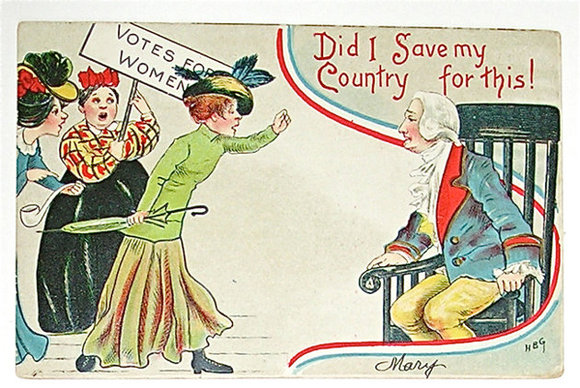 With all eyes on the austerity protestors who stormed the red carpet at the Suffragette film premier in London, demonstrating against cuts to domestic violence services in Britain, mostly overlooked was the small pocket of costumed individuals using the fanfare to air their own grievances. Donning the uniforms of World War I soldiers, swathed in bloody bandages, and hefting orange signs into the air with taglines like "the spilt blood of working-class men bought your vote", their self-attested mission was to "enjoy shitlording feminists" (presumably a verb, in this context) and to "give tourists a history lesson."

It seems bizarre to begrudge the involvement of women in the battle for their own rights. Their narrative loses me when they blame women for being absent in the trenches of 1914. They gloss over female conscription exclusions enacted by power structures of the day, skirting thousands of munitions workers and army nurses, ignoring the unprecedented number of women who were mobilised for the cause. They ask me "Why were the women cowards?", turning a cheek to the Dorothy Lawrences, Flora Sandes, Madame Arnos, Maria Bochkarevas, and Olga Krasilnikovs of the day. They can be forgiven for forgetting the likes of Julia Hunt Catlin Park DePew Taufflieb, whose heady consonant count isn’t easily recalled. Though that might just be the point: six names can be quickly lost to history, and often in women’s issues, those who bring the fight to the trenches (both metaphorically and not) are banished as anomalies.

It helps answer the question: why is female suffrage still such a vitriolic topic?

There's a mythical rhetoric when it comes to women's voting rights: that the battle is over. The framework for equality has already been won, and for many of us born into such framework, what we have now seems long-lived and unshakable. It's the same whitewashing of history that says women never wanted a place in the military, and that wage gaps are the stuff of legends. And looking back with cognitive bias, it becomes easy to forget that women who can’t vote, can’t vote themselves into the army— or anywhere else.

Like the man who asked 'where were the women in the trenches of WWI?', exclusion itself results in too few examples, and the role of disenfranchised women in creating that framework is lost. Along with it, we forget how fragile that framework really is.

The Myth of Female Non-Engagement

The myth of female non-engagement is bolstered by the fact that women's suffrage is still in its adolescence. Suffrage is not total: women still cannot vote in three countries (in Brunei, neither can men), and participate only in restricted elections in many more. It’s a topic rife with surprising statistics. The fact that women’s suffrage has only just been enacted across 12 countries since 1980 speaks to how new the movement really is on a social timeline.

More alarming still, the supposed sanctity of women's suffrage (once enacted) crumbles before annals of revocation: from Sweden, being the first to offer wealthy women a vote 1758 and the first to rescind the privilege in a 1771, to Kuwait's 1999 repeal (only reversed in 2005), to the aggressive bans by the Taliban. Not all women are able to vote, and not all voters are welcome in every election.

The reality creates a dual problem: belief in women’s non-engagement slows down female participation in politics, and justifies subjecting suffrage to the whim of unrelated political strategum.

In the first category, sluggish voter reform has made women’s involvement in politics (both as politicians, and in creating policy aimed at women) a gradual affair. There are currently twenty-two female heads of state, and while this only makes up 11.2% of world leadership, it is a record high. Women are slowly starting to fill seats in parliaments and congresses, and as we hear more female voices on the floor, the idea that they were mute until recently may seem remote.

The result of increased women’s participation unequivocally links to better legislation on reproductive health, discriminatory cases, violence and harassment, and the rights of parents and children—typically women’s issues, but issues that effect men, minorities, and low-income peoples as well. Using the United States as a case study, the rise of women’s issues can be directly linked to positive social progress.

According to the US Consensus 2014, more women than men exercise their right to vote, at 65.7% to 61.5% in the last presidential election. As of 2014, there were a record number of women in US congress (though they make up less than 20%). This impact, achieved over three generations, has led to significant changes in how legislation views women, and which issues are brought to the floor. 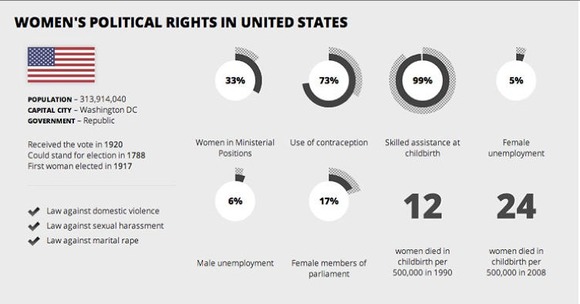 What is striking, however, is how genuinely recent much of this legislation is. Marital rape was only universally outlawed in the United States in 1993 following People v. Liberta, and workplace sexual harassment became formally illegal after Meritor Savings Bank v. Vinson in 1986. Women in politics had a hand in bringing about the legalisation of contraceptive information in 1936, and in forming Title IX of the Education Amendments, banning sex-discrimination in schools and paving a way for women’s athletics. Intersectional laws include No-Fault Divorce in 1985, Workplace Equality in 1961, and the domestic violence crack downs of the 1990s. Contraceptive rights for married men and women were achieved in 1965 (while unmarried men and women had to wait until 1972 to buy condoms legally everywhere in the continental USA.)

Then, there’s the absurd: in 1970, Schultz v. Wheaton Glass Co. reminded companies that simply changing a woman’s job title doesn’t allow you to pay them less for the same work—but nice try! (Men were called “selective-packer-stackers”, and women called “packer-stackers”, which amounted to the same role at a significant wage gap.)

Legislation has finally even addressed the London Trench Question: as of 2013, the USA is implementing a gradual lift of combat bans on women in the armed forces.

But to say the fight is won, or that women’s suffrage is entrenched in US tradition would be erroneous. These laws are still on young legs, and are facing blows in the form of new Voter ID laws across the United States, which disproportionately attack female voters (90% of whom have legal name changes after marriage), especially in minority and low-income cases. Less than 50% of eligible female voters have birth certificates with their original names, and over 10% of female voters don’t have the ID cards that new legal procedure seeks to mandate. There is an ongoing battle being waged across government and media for women to be heard and to solidify their contemporary right to speak up. 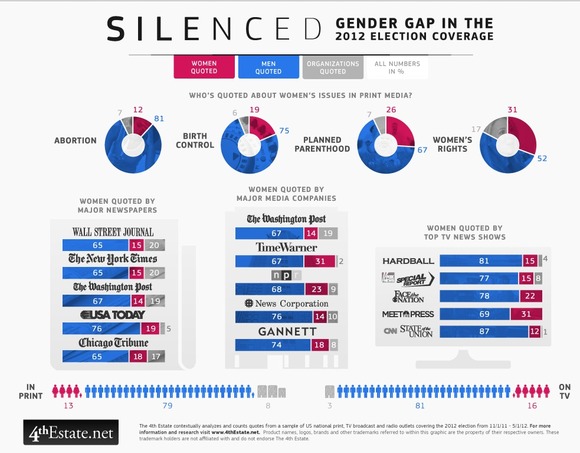 Part Two: Women as a Catalyst

Another stark truth is that, often, women's right to vote is spurred by crises and political stratagem, not fairness. This shifts the focus away from the work done by women’s movements, which often underpin the thought that revolutions are responsible for bringing suffrage to the forefront, but rarely manage to produce results on their own. (Again, it’s difficult to vote yourself in when you don’t have that right.) Notably, many central European countries gave limited suffrage to women after WWI, and complete suffrage after WWII—a narrative that gets swallowed up in the many political changes of the era.

Women’s right to vote has been panhandled by gainful politics for centuries. Canada first gave women the vote in 1917, but limited it to females with relations to soldiers, in a push to get conscription mandated during World War I. In more brow-raising history, Utah was one of the first states to enact female suffrage in 1870, in a Mormon coup to legalize polygamy—revoked by Congress in 1887, in an effort to abolish polygamy. When President Wilson finally brought suffrage before congress, he packaged it as “vitally essential to the successful prosecution of this great war”, and not a measure of simple equality.

Women’s suffrage also tends to ride on the coattails of revolution and serious calamity. Estonian women could vote after a fierce fight for independence in 1918, and in Rwanda, women’s participation in Parliament is the highest of any country, as a result of the tragedy of genocide.

Sometimes, it is even an afterthought: in Switzerland, women only gained fully equitable local voting rights in 1990. In Saudia Arabia, international pressure made the government promise women a vote by 2009, and then again by 2011… it is currently slated for 2015, in a release schedule that even Marvel would even find confusing.

While fierce protests and grassroot support has always been the foundation of women’s suffrage, putting it into the mind of society and onto the desk of presidents, the undeniable use of suffrage as a means to other political ends, or as one of many results of total political upheaval, often underpins women’s involvement.

The Difficulty in Calculating Suffrage

Another difficulty when it comes to talking suffrage is the impossibility of easily calculating who has access to it, and when that access was gained. While it would be nice to think of suffrage as a ballot box, where ticking ‘Yes’ means you’re in, it’s far more convoluted than that.

Oftentimes, suffrage is introduced with restrictions. Age, income, property ownership, racial background, and education level are the most common of these. Typically, when women have been granted suffrage, it has been with harsher eligibility laws than that of males, and often introduced as a privilege of the wealthy.

Though women in France could vote by 1944, Muslims in French Algeria had to wait until 1958. India gave wealthy Madras women the vote in 1921, with Punjab and Sikhs to follow only in 1925. In 1918, women in the UK over the age of 29, with property and a university degree, could vote. Men, who likewise fought for their suffrage against unfair property and education laws, could finally vote at 21 with no other restrictions.

Universal suffrage and intersectionality, combined with repeals and changing voter restrictions, make it difficult to pin just when women were given truly equal suffrage in most countries. Saying ‘women got the vote’ has not always been synonymous with ‘all women have the vote’, or ‘all women have the vote in every election’, and that becomes a pitfall of our modern rhetoric.

So, Back to the Trenches…

The Suffragette protestor asked me, “I bet you didn’t know that working class men helped women get the vote after the war, huh?”

In fact, I did know. From Frederick Douglass to Keir Hardy, the advocacy of men has been vital in securing women’s freedoms. Women’s equality has ever been entrenched in economic improvement, and it only makes sense that it takes both halves of society sitting at the table together to enrich all sectors of life.

But it is important to remember that no one pulled that seat out for women, and there are still fewer seats at the table for them, that those seats were built none-too-long ago, and made of softwood. Women have been working to keep firmly sitting where they are for years now. We are in the trenches. We hope that we have men beside us here.