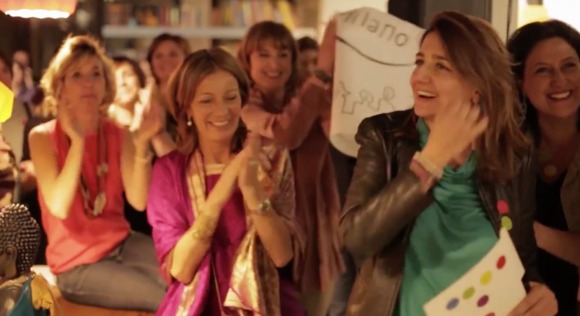 Women have never been more empowered than they are today. According to the Global Report on Women and Entrepreneurship, more than 126 million women entrepreneurs were starting or running new businesses in 67 economies in 2012. In the US, the number of women-owned businesses is expected to grow 90% in the next five years, and they are increasing in economic clout. Approximately 30% of all US businesses are run be females.

An estimated 48 million women entrepreneurs and 64 million female established business owners currently employ one or more people in their businesses, and millions are expected to grow their ventures by at least six employees in five years.

What’s good for women in business is good for the economy at large. RBS has calculated that boosting female entrepreneurship could deliver approximately £60bn extra to the UK economy.

From an international development perspective, women are proven to multiply the impact of investments made in their future by extending the benefits to their communities. For this reason, opportunities to promote the importance of women-led organizations, as well as their aspirations and needs, are vital for economies to flourish. Conversely, while the empowerment of women is needed for communities to grow and prosper, what makes women-led companies successful is not that they are driven by money; it's that they're guided by openness and collaboration.

While there are a number of well-run women’s networking groups across sectors, what often happens is the women in attendance share the same struggles without having access to a means of overcoming the obstacles they face. What ensues is endless conversation about the problem without any ideation on creating solutions.

Many networking communities focus on volume. However, significant value is more measurable by who’s there and how they communicate. Being large in numbers is a selling point, but going wide cannot compete with going deep. Irrespective of how many members are a part of a networking group, meaningful connections are not guaranteed.

Tangible results transpire when the intentions of those present are known and clearly expressed. In addition to clearly communicated intentions, a vehicle for following-up and follow-through are necessary. A plethora of networking events showcase inspiring speakers. People exchange business cards and swap idea. Then…radio silence. A vehicle to keep the conversation going is needed for individuals to stay connected and reconnect if they’re unable to talk at length during an event.

And let’s face it. There are plenty of networking scenarios that feel more like work than sharing, connecting and being human.

That’s why cultivating a diverse group for collaborating and telling stories is crucial. This is the mission of Hub Dot, a global community that brings women together to spread ideas, aspirations, needs and offerings. With over 17,000 members in 14 cities around the world, Hub Dot is large in number AND drives deep connections.

Through allowing attendees of Hub Dot events to introduce themselves by identifying with colored dots that declare their purpose for attending, the women are able to forge immediate pathways to connection. Intention is brought to the forefront and titles are pushed to the background so that conversations can begin with authenticity and empathy. This removes the initial barrier that people often have to push through when approaching someone.

While many conferences and panels designed to bring women together give women a platform on which to showcase their insights and goals, Hub Dot emphasizes the individual stories of its speakers, and lets the colored dots do the rest. The stories are as diverse as the women, and all are intended to reach at least one person watching who can learn from the speaker or contribute to her mission, project or idea. When the corresponding colors collide relationships are forged—the beginning of Dot Alchemy.

“So many connections have been made through Hub Dot,” says Hub Dot COO, Aurelia Hull. “Whether big or small, personal or professional, these connections have made a significant impact on women lives and led to friendship, investment, mentorship and support.”

To keep Dot Alchemy alive after events, Hub Dot has launched its own content publishing and social platform for members. Now Hub Dot women can connect to others in the group’s expanding global community, read inspiring content, watch Hub Dot stories, and book events all over the world.

“After so many events across the globe and all the connections that we’ve manually created among our community, it was time to unlock that Dot Alchemy gate and allow connections to happen whatever the time, whatever the place,” says Hull. “The long- term goal is for Hub Dot to become the fabric of a woman’s life and the place where every woman will be able to celebrate her multi-dimensional, ever-evolving story and holistically engage around what matters most to her."