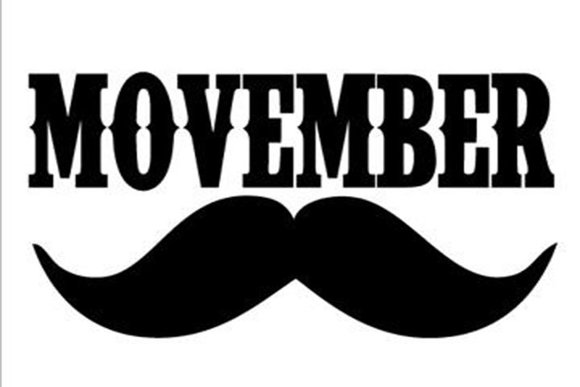 Humanise and TheToolbox.org have taken great pleasure in sharing our #WomenInFront series, an initiative highlighting the issues surrounding gender equality for women. Our new companion series, #MenBesideUs, is aiming to spotlight the strides men are making to support women in achieving gender equality, as well as bring some male perspective regarding gender justice to the forefront. After all, gender inequality plagues both men and women, and will only truly be alleviated through solidarity among all genders.

What better way to celebrate the #MenBesideUs than Movember? Born over a few beers at a bar in Australia in 2003, Movember addresses the gender-based inequality that exists among healthcare policy-makers and healthcare providers for men's health. The Movember Foundation brings attention to the hidden health challenges men face today, as well as the gender-based biases they endure.

Movember, which is now an active movement in 21 countries, has also made is socially acceptable for men who aren’t hipsters to walk around with moustaches. No, they’re not just tyring to be ironic. The handle bars, Chevrons, unruly cow boy side burns, and lip hair reminiscent of 20th century French painters you’re seeing in the streets have been grown and groomed to raise awareness and funds for prostate cancer, which one in seven men get in their lifetime. Cases of men’s prostate cancer and testicular are expected to double by 2030.

According to a study by NCBI, gender is one of the strongest predictors of life-expectancy. Around the world the lifespan for men is on the average six years less than women.

With more people speaking out about the aforementioned problems, we can collectively make a difference. In 2013, there were 1.5 million tweets about Movember, with more than 790,000 of them generated from the United States. This year, people are getting creative about spreading the Movember message through doing more than donning over-the-top moustache styles.

In the UK, the Movember Foundation is using location-based marketing to drive awareness and sign-ups, focusing on commuters and office workers. Movember reports that the campaign “has seen a click through rate of 50% above the industry average, and driven over 5,800 clicks to the Movember site.”

Paul Mitcheson, head of communications at Movember UK, told Netimperative that people near commuter hubs and offices are "highly relevant to Movember," as the moustache growing challenge is often big part of office culture.

How You Can Help

Movember is coming to a close soon with the end of November approaching, but there’s always next year to support the cause!

Here are some ways you can support Movember.

1. Grow a Mustache Become a Mo-Bro: The most popular and visible show of support is growing your own mustache to show your solidarity for this cause. The Foundation offers an easy platform to sign up for friends and family to support with their donations. Need some helpful tips for well maintained mustache? Be sure to take look at some helpful tips here.

2. Sponsor or Donate: Donating on your own is easy, and so is sponsoring any man in your life. Even if you don't have anyone specific to sponsor, donating to the cause is a valuable gesture of support. You can donate or sponsor here.

3. Become a Mo-Sista: Not everyone can grow their very own mustache, but that certainly doesn't mean you can't join the fun. Join the fight by becoming a Mo-Sista. Sign up here to help raise funds, and commit to talking to the men in your life about these issues.

We're all in!
comments powered by Disqus