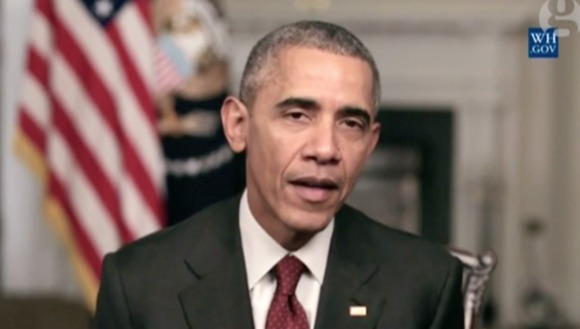 On this Thanksgiving, President Obama has shared an important message about compassion. Just as thousands of Syrian refugees are fleeing from terror, the Pilgrims who came to America in 1620 were trying to escape persecution.

"Nearly four centuries after the Mayflower set sail, the world is still full of pilgrims – men and women who want nothing more than the chance for a safer, better future for themselves and their families," Obama said.

Since the tragic Paris attacks that occurred two weeks ago, killing 130 people, Obama's plan to take in 10,000 refugees from Syria has ignited widespread controversy and criticism. With the Islamic State claiming responsibility for the attacks, all of these events are stirring a number of moral and geopolitical questions.

Here are just a few. As a first world country in dominant power, is it America's responsibility to accept people in need of refuge? Wouldn't Americans want the same acceptance from other nations if the US was under fire? Is peace possible?

What do you think?

If you're in agreement that the refugee crisis is reason for America to show more compassion and acceptance, check out the tools here.

The Refugee Phrasebook is divided into three sections for general, medical and juridical needs, and provides useful language for both refugees and those who want to help them. The entries themselves give a peek, at turns hopeful and disturbing, into the lives of the estimated 366,000 refugees who have crossed into Europe via the Mediterranean Sea this year.

Gherbtna is an app created to help Syrians living in Turkey who don’t know how to communicate with people in Turkey. The services aid refugee Syrians who face difficulties obtaining residency, opening bank accounts, and suffer from a lack of access to information.

The Riversip app is a prioritized news feed that covers news on the Syrian war. Dozens of news websites and videos are covered and sorted by their importance to the readers. Users are able to create their own newsfeed by selecting preferred war topics and building their own summary.

For people looking to give back in a more traditional way and sing a tune a little different than Uncle Sam's, the Aunt Bertha app helps users locate food, health, housing, and employment programs based on where they live.

For more tools addressing the refugee crisis and ways to give back during the holiday, type "refugee" or "Thanksgiving" into the search bar at the top of the homepage.