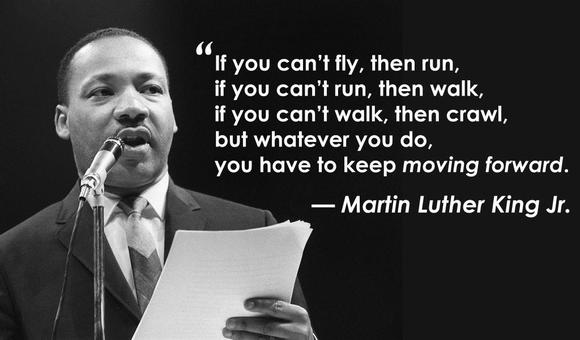 January 18th marks this year's annual observation of Martin Luther King Day in the the United States. The federal holiday celebrates the achievements and voice of the legendary African-American civil rights leader. But, 48 years after his death and 53 years after he famously "had a dream" on the steps of the Lincoln Memorial, how close are we to his dream of systemic racial equality being met in America?

Though the gap has somewhat narrowed whereas education, voter turnout, and life expectancy are concerned, the stark reality is that in terms of wages and home ownership, the gaps have actually widened in the United States. While overall, black Americans do not have equal accessibility in any walk of life to their white counterparts, home ownership and average salary are paramount factors to attaining that balance, and difficult to achieve without it. Access to schools and hospitals, which cultivate young minds and dignify the lives of the elderly, are often zoned by neighborhood-- with black neighborhoods seeing poorer infrastructure, less school funding, and harsher voter ID laws.

Also alarming are the statics on arrests. Coming under fire in the US after a rash of fatal, racially-charged police brutality, people have begun to ask why is it that black drivers are three times more likely to be searched by police, and black males six times more likely to be sent to jail, despite white men being responsible for 69% of all violent crimes? Why do black people make up 13% of the US population, but 40% of its prison population? Moreover, why are blacks more likely to be violently arrested? They are twice as likely as any other race to be shot and killed, and nearly four times more likely than their white counterparts.

These truths, both historic and current, lead to vicious and belittling myths without consulting the root causes: that of the absentee father, that of black 'dangerousness'. Though many people have said America is a 'post-racial' society, that couldn't be further from the case.

However, black communities across America have a lot to be proud of. They continue King's legacy by standing up to inequality and injustice, by staging #BlackLivesMatter protests, to challenging bogus legislation. Even the holiday itself has fought a long-haul battle: despite its inception in 1983, it wasn't until 2000 that all 50 US States recognized it.

While King's dream may have a long and still treacherous road to completion, black activists and strong black communities will see it through. We've highlighted a few stories of black community heroes here, but on this important day, we'd love to hear from our readers who inspires you in the fight for racial equality.