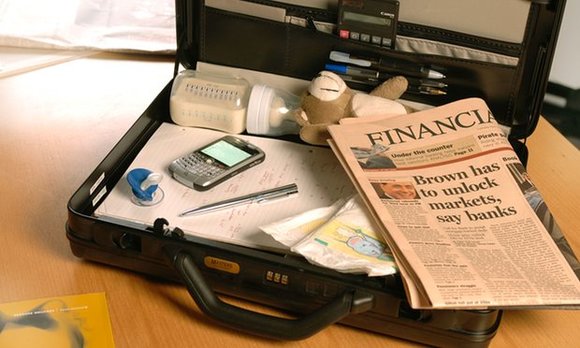 This post was originally published on The Guardian, by TheToolbox.org Co-Founder Melissa Jun Rowley.

Beyond their tech-based accomplishments, these women have even more in common. They’re all mothers. They’ve also all cultivated their computer programming skills through MotherCoders, a San Francisco-based project which trains mums for careers in technology.

“It’s important to have mothers represented in the tech talent pipeline because 81% of women become mothers by age 44, including the millennial women currently working in tech,” says MotherCoders founder Tina Lee.

“Not only is it imperative from an economic perspective, in terms of workforce participation, it’s also critical to innovation. Humans are better able to solve problems when we have empathy for them, and the market will benefit from having more products and services designed for women by women.”

MotherCoders was created specifically for women with children because mothers are one of the most underemployed populations in the US. In addition to the gender wage gap women face, they also get hit with the motherhood penalty. Women’s careers suffer as soon as they become mums. Beyond lower pay, the disadvantages of being a working mother include often being viewed as less competent. Conversely, research suggests that when men become parents, the shift usually has a neutral or net positive affect on their careers.

Because of the time it takes to be a parent and maintain a household – a responsibility that falls largely on women – mothers are often unable to participate in most tech training available today, such as immersive bootcamps, evening courses, and all-weekend workshops. And, because childcare costs more than rent in many places, the cost of taking part is usually prohibitive.

But a recent study by Microsoft, that surveyed 500 employers and 2000 women, discovered that both groups found women to have more of an impact in the workplace after becoming mothers.

Carolyn Everson, Facebook’s vice president of global marketing, thinks mothers make formidable executives. During a session at the World Economic Forum, she said: “I have a bias that working mothers are the best people you can hire because they can multi-task and do things that are pretty extraordinary. Now that may be an unfair bias to women who don’t have children, but who are completely fantastic.”

Kyle Lederer Moss, senior analyst for Qualcomm Wireless Reach, says motherhood has enabled her to be ten times better at her job. “I’m so much more efficient with the hours I spend at work, and I have a stronger sense of accomplishment walking out the work door each day,” she says. “[It’s] as if I’ve conquered more than most around me. Then I get to go home and accomplish even more by engaging with my daughter.”

While some notable companies and business leaders extol the talents of working mothers, the motherhood penalty still poses an obstacle for many women, and workplace bias against women, particularly mothers, pervades. In the quest for gender equality in the workplace, a number of corporates have launched internal initiatives to drive corporate diversity and have the hard conversations about unconscious bias. Facebook’s Everson believes unconscious bias is the largest factor holding society back from granting equal pay.

Some tech companies are taking steps to counter this problem. Facebook offers classes on managing bias to its employees and rolled this out to the public last year. It also offers four months of paid leave to new parents in the US. In January, the company announced it would be expanding that benefit to all full-time employees, irrespective of gender or where they live in the world.

Meanwhile, Qualcomm has a group called Working Mama, which supports working mothers with on-site resources, advice, and a class on how to take advantage of all of the company’s benefits. There is also an on-site healthcare representative, who is readily available to answer questions from financial support in childbirth to how Qualcomm’s healthcare plan covers lactation consultants.

Moss says that when she came back to work once her daughter was three months old, she was able to keep a fridge in her office for breast milk, and all of her colleagues were supportive of the time she needed to pump, adjust her schedule for doctor’s appointments, and find a nanny.

“We have other mail lists where people can discuss daycare options, and we even have a discounted service to search for childcare, sell baby clothes or equipment, or just support each other,” says Moss, who is now in her second pregnancy. “I’m blessed and grateful to have all of these wonderful resources and support avenues at my fingertips,” she says. Every mother in every workplace environment should be so lucky.