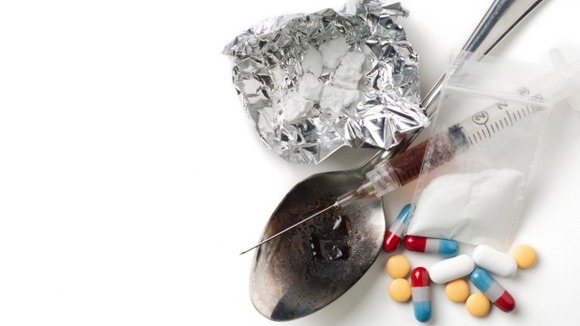 On April 21st, the United Nations General Assembly came together for a Special Session on Drugs. The focus was on cross-vertical issues, including new hurdles in preventing drug proliferation and the need for more comprehensive international laws. The Session aimed to strengthen the principle of shared responsibility and international cooperation in ending the worldwide drug problem.

For many, the Session butted heads with a difficult reality. That often, it is women minorities who are disproportionally effected by the administrative war on drugs. As international laws tighten, we may be sweeping the problem under the rug, rather than properly addressing it.

At the UN DMZ, TheToolbox.org co-founder Melissa Jun Rowley sat down to talk through the issue with Deborah Peterson Small, Executive Director and Founder of Break the Chains.

"I live in the United States, where as you know we have the largest number of people behind bars of any country in the world and the vast majority of prisoners are there for drug-related offenses. About 40%." Said Peterson Small. "A disproportionate number are people of color, from African American or Latino communities, even though our rate of drug use is no higher than the majority population." Black people make up only 13% of the United States population, but account for 37% of arrests for drug use.

Current policies make aid and recovery almost impossible. With rampant criminalization of drug use, access to proper treatment may come at the price of incarceration, so many addicts avoid seeking help. It makes the addiction cycle easier to fall back into, when users can't admit they have a problem. Rehabilitation of a life becomes near-impossible after arrest and conviction on charges of drug use or sale: in the United States, this includes losing the right to many jobs, educational opportunities, and sometimes even the right to vote. It means that addicts have very little recourse to rebuild their lives, and that their voices-- those most effected by the world drug problem-- are the least heard when creating new policies.

Modern treaties demand the punishment of addiction. This, Peterson Small says, is the crux of the issue. "Addition is a disease and it needs to have a public health response."

She reminds us that society can only judged by how it treats its most vulnerable groups.

"The majority of women who end up in prison are women who have already led incredibly difficult lives. They've been subject to physical abuse, sexual abuse, poverty and violence, and the idea that our response to that would be to add to their suffering by locking them up for having a drug problem? Says something is wrong with us more so than with them."

To learn more, please watch the full video below: