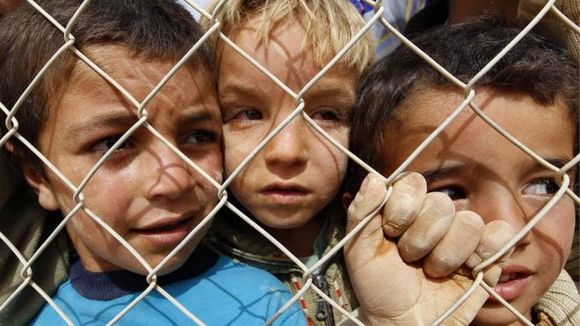 This Op-Ed was written by Kirsten Van Balen, Trustee of Young Roots.

Earlier this month, David Cameron announced that more child refugees will be accepted into the UK. This is a welcome first step, and one that cannot become an empty gesture.

The Prime Minister now needs to put his money where his mouth is and invest in an adequate and durable support network for these children. Giving these children a real chance to flourish can be paid back to our society tenfold.

Let me share with you the story of Amir, a child refugee from Afghanistan. Amir’s story shows the many challenges these children face and how many relatively small, surmountable problems can add up to a genuinely debilitating situation.

In 2015, 16-year-old Amir arrived in the UK after a long, difficult journey from his home in Afghanistan. Amir was sent to Europe by his aunt, after he lost both his parents and younger sister in a bomb attack on the local market. Now, a year later, Amir lives in Croydon with his foster family. He goes to a local school and his social worker supports him integrate into the local community.

Amir was never good at languages at school, he was interested in sciences. Now that he lives in London, he struggles to understand the English language. He attends classes at a college, but there are many students and the lessons move too quickly. The other day, when he had to visit the hospital, he could not understand much of what the doctors said, or what pills they gave him. English language skills are key for Amir and others to integrate into the community and educational system, to build their lives in the UK.

Amir and his foster family live far away from Croydon’s town centre and he has to take two different buses to get there. Although he really wants to hang out with his friends from school, he doesn’t often go. Another example of culture shock came from this unlikely place. In Afghanistan, you can get off the bus wherever you want, but as nobody told him to press the stop button in the UK, he once missed his stop and ended up in a new area. Now, he is scared to take the bus again and risks becoming even more isolated socially.

Last winter, Amir got a cold and needed a winter jacket. However, he had no idea who to ask for one.

He is still confused over what exactly his social worker does. She is very kind and gives him helpful information, but he is not sure if she should also provide him with clothes. Back in Afghanistan, Amir learned to always respect your elders, so he isn’t sure if it’s okay to ask his foster family either. As he was confused and didn’t want to upset the people who have been so kind to him, he decided his summer jacket would do.

At night, Amir has trouble sleeping. He gets nightmares about the terrible things that he saw on his journey to Europe and is sometimes scared to close his eyes. His grandma used to take paracetamol when her sore back prevented her from sleeping, and so Amir has been trying the same without much success. Access to proper advice and healthcare is so important for young refugees. Getting support in working out what help is available and how to access it key to their development.

Amir’s story, which echoes stories we hear from young refugees every day, shows only a fraction of the daily issues children face when they are new in the UK. Trauma, social isolation, interrupted education, all of which limit a child's' chances to grow and fulfill their potential.

It is so important to provide an adequately funded and tailored support system for unaccompanied minors. Their carers should be trained in how to deal with cultural differences as well as trauma. Children need handholding when navigating the support mechanisms available to them and to help them understand what role people in their lives can play. There should be facilities such as interpretation available for them at public services like hospitals and courts. People in their social environment should be encouraged to help with challenges like public transport and access to healthcare. Many of these are not resource-heavy jobs, but they are vitally important ones.

Now more than ever is the time for councils to pull together government services, schools, NGOs, sport clubs, etcetera to provide a durable support network for young refugees who face having navigate the complexities of our care system and the challenges of settling into an unfamiliar country. If we invest in these children now and give them a real chance to flourish, who knows what bright future awaits them.

Cameron needs to show us is he building a ramp for these children, not just a door to nowhere.