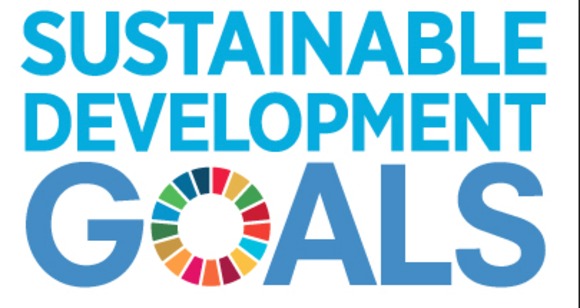 Last September, the United Nations announced the launch of the Sustainable Development Goals (SDGs), 17 global goals unanimously adopted by world leaders. This bold and historic agreement represented a commitment from 193 countries to end poverty, reverse the effects of climate change, and end inequality by 2030.

A united global pledge to leave no one behind is no easy undertaking. And even as the stakes are high so was the commitment to transparency and collaboration. Last week marked the one-year anniversary of the Global Goals, and the United Nations General Assembly (UNGA) reconvened in what was the first of many check-ins on the road to meeting the #2030now promise.

Here were some of the overarching themes of the week.

It might be no surprise that the topic of women and girls was at the forefront of last week's conversations. However, as violence and gross social inequality persistently hinder the progress of human rights in war-torn countries and among refugees, there is still no other group so dramatically affected as that of teenage girls.

At the Social Good Summit, Memory Banda, an advocate against child marriage, shared the harrowing realities of child marriage and “initiation camps”, where young girls are systematically raped in preparation for marriage, as examples of deeply ingrained traditions in Malawi affecting progress.

As far as the traditions and mindsets go, Banda shared how the cycle of abuse and violence around the world carries the same simple pattern seen in the epidemic of child marriages in her home country.

“They do not have the economic muscle to stand on their own", Banda said. "So even when they are abused, they cannot really talk about that because they know they depend on the very same man that abuses them. So they create a circle of poverty—a circle of abuse.” 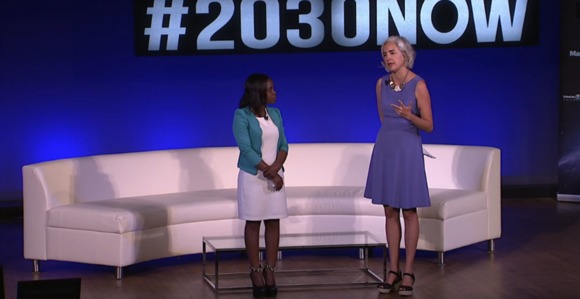 Changing the mindset of how girls are treated will naturally create a mindset that helps elevate the rest of the world. And while the reversal of some of the most egregious traditions is in progress, meeting the people at their level and cultural norms is a larger challenge needing attention.

“Children today are born into complete transparency. They are born as internationalists”, were the words of Sir Andrew Witty, CEO of GSK, as he talked about the urgency of approaching collaboration and communication in a new way.

“We are the problem,” he continued, “we really need to think hard about how we give them empowerment. . . how to innovate and how to build a business plan that can be global.”

“It's not innovation if it is not available to the rest of the world.”

Because, as Sir Andrew Witty concludes, “It's not innovation if it is not available to the rest of the world.”

Eradicating inequality is not the task of a chosen few, but rather it is a moral necessity for everyone. But even as celebrities, foundations, and civil society actors joined together last week to share their insights, there was one group largely underrepresented.

On the final day of SDG Media Zone (SDGMZ), David Nabarro, Special Advisor to the SDGs, acknowledged the missed opportunities of engaging and supporting social entrepreneurs and other action networks doing the same work. 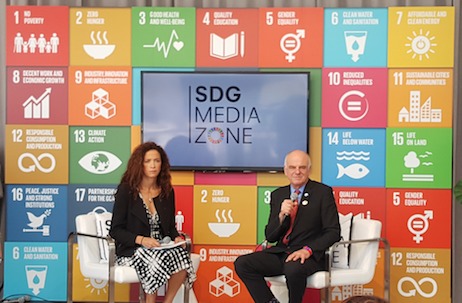 In his final words to the SDGMZ, Nabarro gave an emphatic pledge “to engage in as much discovery of these networks that are not normally visible, that connect with society but not with a detectable or formal organization that the UN typically relates to.”

The Future and Beyond

As all the activities of UN Week came to a close, there were many accomplishments to celebrate, many reassessments made, and a committed response to the urgent call of spreading the Global Goals.

The importance of reaching as many children around the world is integral to this urgent call. No other group is more prepared for this task than the youth. As activists and "born internationalists," they have the power to affect change and are already changing the world. Ensuring their exposure to the humanity of the Global Goals is ensuring the success and sustainability of our future.

They are now our teachers.