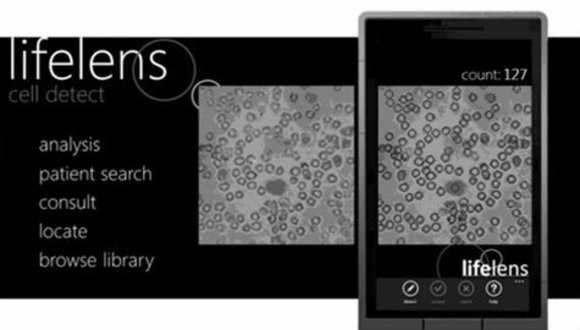 There has never been a greater time for social innovation, collaboration, and working toward leveling the playing field across the globe. Thanks to the social web and emerging technology, we are living in the most connected and informed era in history. While some of us may have the ability to benefit from the tools being created to elevate the human condition, there are still thousands of people the world over, who do not have access. That’s why spreading information about new projects and the brilliant and compassionate minds inventing them is crucial and as imperative as early disease detection around the world.

According to UNICEF, approximately 29,000 children under the age of five die every day from causes that could be prevented if detected early enough. In today’s society with mobility and online collaboration at the forefront, this can be changed.

They say blood is thicker than water. A drop of blood can also save a life -- a drop of blood and a smart phone app, that is. The LifeLens project, which is run by university students across the U.S., is a mobile app that serves as a point-of-care system to detect malaria. After taking a drop of blood from a patient and capturing an image of the blood on a slide marker, LifeLens enables blood cells to be seen at a cellular level. From there, a blood cell count can be taken and malaria can be detected.

Once it’s apparent that disease is present, the LifeLens app is able to send data to the web and GPS coordinates of the case to doctors and scientists. In addition to the app’s capabilities, there is an online feature than can aggregate all of the information and integrate it into a mobile map to provide perspective on malaria cases all over the world.

With the aforementioned tools, the creators of LifeLens hope to decrease child mortality rates and provide a mobile diagnostic for malaria patients everywhere.

The Lifelens team isn’t the only group working to combat malaria. Ugandan student Brian Gitta and three of his computer science peers also created a mobile app that detects malaria. In Uganda alone, an estimated 70,000 to 100,000 Ugandans die from malaria.

As someone who has contracted the disease many times throughout his 12 years, Gitta has endured numerous blood tests and experienced a lot of pain. So he decided to build Matibubu, which uses a custom-made portable device called a matiscope that connects to a smartphone to perform a quick diagnostic text.

To learn about how you can help combat malaria. visit Malaria No More.