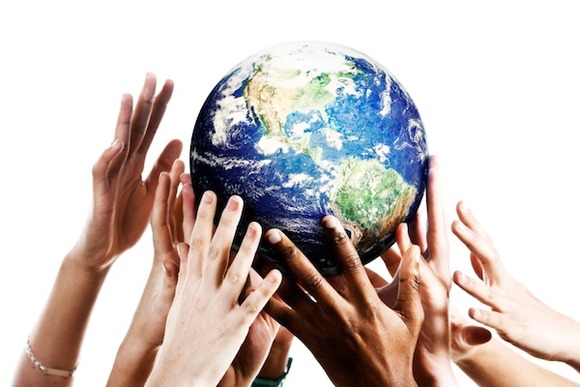 It's that time of year -- the end of the year, which means that an onslaught of "best  of" and "worst of" 2013 lists are about to take over the internet. We promise we'll do our best to share only the best of these lists. Kicking off our 2013 review in social impact. is a solid, social innovation round-up written by our friend and guest columnist of the The Toolbox, Susan McPherson. Check out her first three picks below, and see her full Forbes articles here.

One of my favorite parts about the holiday season is the opportunity to look back and reflect on all of the new people, initiatives, and ideas I encountered throughout the year. From Malala’s incredible journey to the rise of Giving Tuesday, 2013 had no shortage of inspiring social innovators and campaigns. Below are my picks for this year’s social innovation highlights.

Fastest Growing Social Movement: Giving Tuesday
Giving Tuesday may have been born in 2012, but it came alive in a big way in 2013, with over 10,000 partners from over 40 countries participating. You probably noticed, since #GivingTuesday was trending on Twitter for 10 hours straight on December 3 and the hashtag was used over 700 times per minute. Those are impressive numbers, but the most important stat is this: online giving on Giving Tuesday was up 90% compared to the year before. That means thousands of nonprofit organizations are now empowered to better serve their communities. Hats off to Henry Timms and Aaron Sherinian, the 92Y and the UN Foundation for turning Giving Tuesday into a full-fledged global movement!

Ad With An Impact: Unilever
This year, we saw a huge rise in advertising focused on social good. One of my favorites is Unilever’s “Why Bring a Child Into This World?” campaign. The short video follows real-life pregnant couples as they share their doubts, fears, and hopes about bringing a new baby into the world. The couples then watch a video explaining how new technology will make their children’s lives healthier, longer, and safer. With over 8 million views on YouTube, it’s clear that the message resonated.  It was a powerful way to bring attention to Project Sunlight, Unilever’s global sustainability platform.

Runner-up: Chipotle does it again with a poignant and powerful video. If you missed it, take a look.

Inspiring UnConference: Spark Camp
One of my favorite weekends this year was spent at camp—Spark Camp that is! With its focus on working groups and story-telling, round table conversations, and fascinating people (journalists, film producers, authors, etc.), the event is unlike any conference I’ve attended. Spark Camps focus on a range of topics, but one thing they have in common is a total absence of hierarchy. There aren’t keynote speakers or panelists, just a diverse group of 60 awesome people who approach the experience as equals and come out of it much wiser. And the best part, the folks that founded Spark Camp, have just released their manifesto: How to Build an Event that Matters More.