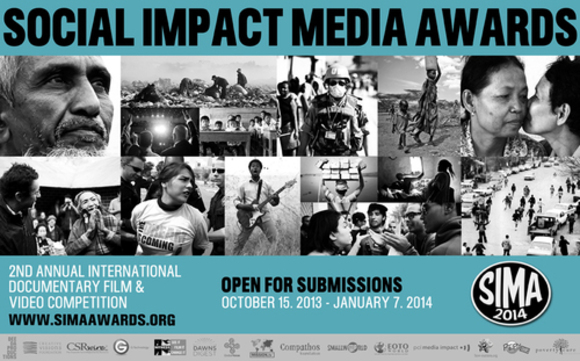 For a second year in a row, the Social Impact Media Awards (SIMA) will honor independent filmmakers and humanitarians promoting global awareness, social justice, and human rights through storytelling. An open call for SIMA submissions begins on October 15, 2013, and ends with a screening reception for the winning films in May 2014.

Melbourne has been selected as the host city for the Link Festival, which is bringing together Australia’s leading social innovators to explore how design and technology can instigate and sustain social change around the world. The event is scheduled for November 26, 2013.

During the annual Clinton Global Initiative last week, the Rockefeller Foundation announced the 100 Resilient Cities Centennial Challenge, part of the organization’s $100 million initiative to build urban resilience around the world. Over the next three years, the Foundation will select 100 cities to become a part of the program, and provide them with access to the technical expertise and resources needed to create and implement resilience strategies on a city-wide scale.

After a three-year hiatus, the Stanford Graduate School of Business is relaunching the Executive Program for social enterprise in March 2014. Learn more and apply here!

Last week, Intel released a new ad spotlighting a teen scientist changing the face of cancer detection. His name is Jack Andraka. Watch this spot. You’ll be happy you did.