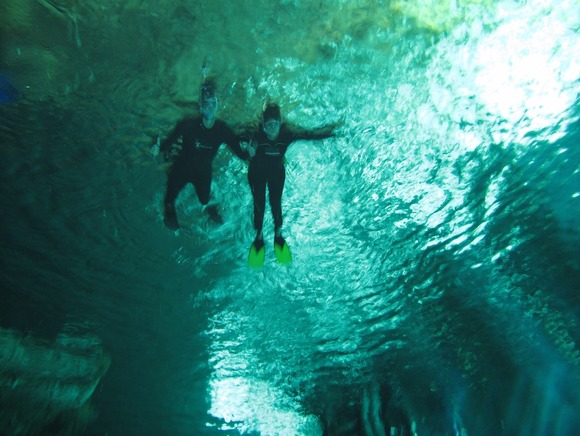 This post was written by Ruthie Ackerman,  a consultant working with individuals and brands on storytelling and community building. In 2014, she began a blog experiment called The Experience Economy to track her commitment to living experientially. Her motto: We are what we create. You can follow her on Twitter @ruackerman.

I call it my experience experiment.

I have committed to spending 2014 living experientially, which means that as opposed to spending my disposable income on feel-good purchases, like a new handbag or a fabulous pair of shoes, I have chosen to purchase experiences instead.

The reason I made this commitment was because as I looked back on 2013 the one thing that jumped out at me was that although my salary had increased exponentially over the last five years, my happiness had not. I had those Isabel Marant ankle boots I always wanted (two pairs actually). Nars oxblood red nail polish in Chinatown that I swore would make me look (and feel) more put together (Read: successful). A new purse from Tory Burch I thought I had to have. All of this is to say that I had every material thing I could possibly want. What I longed for were more experiences that connected me to the world around me.

I am not alone. There are any number of websites dedicated to those who want to live more simply. Yet I wasn’t looking to be an ascetic, rejecting all modern comforts. What I wanted was to be happier. And the research I read told me I would be if I spent my money on experiences and not stuff.

So I began: Instead of buying the sunglasses I thought would make me look like Audrey Hepburn in Breakfast at Tiffany’s, I bought a monthly yoga pass. Instead of another run-of-the-mill dinner out at a restaurant, I signed up for a silent meal. Instead of the leather pants I wanted when all of my friends were buying them, I went on a weekend trip.

I am only a few months into my experiment, but already I can see that the lessons I have learned by living experientially are critical for another group as well: entrepreneurs.

Having experiences means connecting with the world around us and with each other, which is one of the “ten secret elements” of entrepreneurs, according to Babson College, one of the highest ranked schools for entrepreneurship in the world. Entrepreneurs understand the need for community and what better way to bond than being thrown together to learn from and inspire each other. In fact, whole industries have been built around this idea: just take a look at Startup Weekend, which is a series of “weekend-long, hands-on experiences.”

Immersive experiential learning is also considered an essential part of entrepreneurship education at Stanford. During spring break last year, for example, students were taken on a cruise ship bound for the southern tip of South America for an experiential-learning adventure called EntrepreneurSHIP. By leading a project, being challenged and pivoting an idea, students had the experiences all entrepreneurs need to grow and thrive.  And, they learned a lot in the process. “The best learning is experiential,” says Tina Seelig, who came up with the idea of the EntrepreneurSHIP.

Experiences, whether as simple as a new yoga class or as extreme as a classroom on a boat, are critical to innovation and imagination, key ingredients for startups and their founders. So the next time you find yourself working on your startup doing the same old rituals over and over expecting different results, remember: if you want to push boundaries, think creatively, and potentially be the next Google, you have to get up from your chair, go outside into the world and have a few experiences now and again. Novelty, which is central to all experience, is critical to a happier life and, dare I say, a more successful venture.