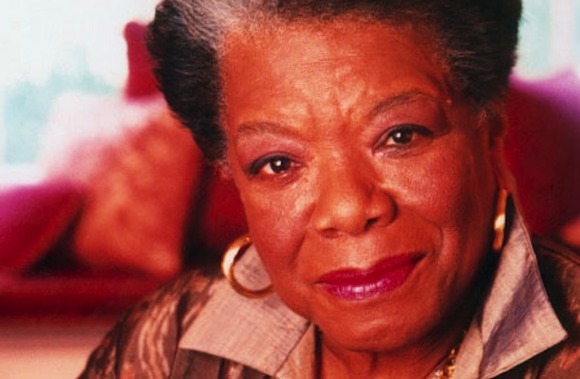 When legends die the world stops, sometimes for only a moment. But even in a nanosecond the earth's rotation takes pause because long-lasting greatness -- the kind that makes mountains fall -- only graces the planet once in a blue moon. The incomparable Dr. Maya Angelou passed away at her home in Winston-Salem, North Carolina on Wednesday, May 28, 2014. At 86, the prolific poet, actress, author, and civil rights activist leaves behind a legacy of courage, magnetic prose, wisdom and hope. Going against the odds, she was one of the first black women to see mainstream artistic success in every medium.

A freedom fighter to the core, Angelou wrote about the racially-charged discrimination of the Jim Crow laws era in her critically acclaimed memoir "I Know Why The Caged Bird Sings." In the 1960s, while living in Ghana, she met and worked with human rights activist Malcolm X. After X's assassination, she continued her quest for social justice with Dr. Martin Luther King and James Baldwin. It was Baldwin who introduced Angelou to Random House, which led to her breakthrough as a writer in 1970.

Angelou continued to be a bold activist well into her final years. A strong advocate for marriage equality, she personally called New York state Senator Shirley Huntley to express her support of same-sex marriage. During the call she said, “To love someone takes a lot of courage. So how much more is one challenged when the love is of the same sex and the laws say, ‘I forbid you from loving this person?'” The senator ended up voting in favor of marriage equality.

She's the reason I became a writer and an activist, and her work never ceases to inspire me to be bolder, braver, and and more dedicated to illuminating brilliance in the world. Thank you, Maya Angelou, for making mountains fall.