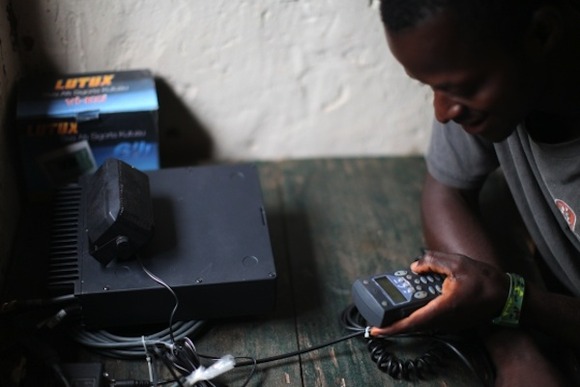 In December 2009, the rebel Lord Resistance Army (LRA) attacked the Makombo region of northeastern Congo killing 321 civilians and abducting 250. Because of the remote location and lack of communication infrastructure, the outside world knew nothing about the attacks until three months later when Human Rights Watch broke the news on March 28, 2010.

Following the massacre, Invisible Children and TheResolve developed the LRA Crisis Tracker app, a crisis-mapping social web platform that broadcasts in near to real-time the attacks perpetrated by the LRA, reducing the time it takes for news of such events to be reported, and enabling governments and humanitarian organizations to identify and respond faster to those in need.

The tool can be downloaded for free (iOS, Android and Web) to track different types of crisis categorized as civilian death, abduction, civilian injury, displacement, looting, LRA encounters and returnees.  The information is organized to view recent incidents with the option to tap an incident for more information, filter and view statistics throughout time, donate to the cause, and share the app with friends. Reports of attacks come from Invisible Children’s Early Warning Radio Network, UN agencies, and local NGOs and all data is vetted by data professionals on a daily basis.

This LA Crisis Tracker app is a prime example of how a particular group can enrich the quality of information used for decision-making and problem solving. Through high-frequency, two-way, long-range radios, communities in the Democratic Republic of Congo (DRC) and the Central African Republic (CAR) now have the ability to report LRA activity to one another and to other local organizations, utilizing local expertise unique to their own experience such as promoting quicker confirmation of security incidents.

While a mid-year 2014 security brief reports that the LRA committed more attacks and abductions in the first six months of 2014 than it did in the first six months of 2013, reversing a three-year downward trend in violence, the availability of information made public by the LRA Crisis Tracker allows local communities and the government to transform raw data into useful knowledge enabling the design of better policy interventions and strategies. The visual depiction of LRA violence in a map also reduces the coordination costs for teams to source and evaluate information allowing them to focus on specific tasks and roles on-the-ground.

What tools are you seeing aid people during times of crisis?