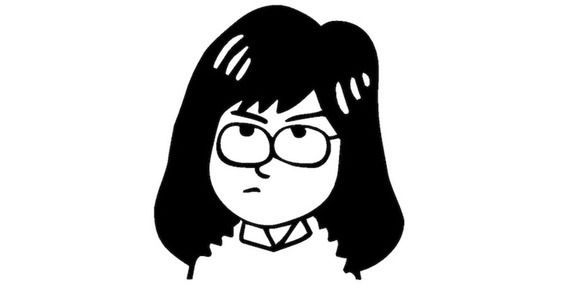 We are reaching out far and wide to the Activists, Civil Society leaders, Entrepreneurs, Innovators, and all around actors of social change that we hold in high regard in order to see what they use in their daily lives to help make the world a better place.

For our first interview we decided to reach out to Esra'a Al Shafei who founded Mideast Youth, a network of digital platforms that promote social justice.

What brought you into this line of work?

Growing up having witnessed too many rights violations, I felt the urge to take action and multiply the voices exposing these grave injustices and fighting for real change.

How have you used technology to make your work better?

Technology, the internet specifically, has been the gateway to freedom of speech, enabling people like me to speak in our own voices and to connect with like-minded individuals to grow and strengthen our causes and movements.

What apps are in your pocket right now that help you make the world a better place (both in your sector and in general)?

For me it's more about the content than the apps themselves. I would say WordPress has played a big role in empowering people to create a quick and effective online presence for their work, so on a personal level I've used it on a daily basis for the past 8 years. It's also been my biggest inspiration when it comes to the influence of open source and the communities created around open source products.

Are there tools you wished existed?

I wish easier and more efficient security tools existed, both on a personal level (email, digital presence, etc) and in terms of rock-solid hosting for websites. Right now I rotate between different apps and programs, but it's still a hassle.

Have there been tools that you consider very successful and others to be failures?

I think it depends on each tool's relevance and usability. Sometimes it takes a few power-users to show the significance of a product and encourage others to jump on board. If a certain tool is not used for a particular purpose, it's harder to take the lead and attempt to create a trend. This may sound hilarious now, but I remember many years ago thinking that MySpace could've been a great advocacy tool if they cleaned it up and got rid of the ad-infested interface. If they put impact before revenues they could've been in the game still. A lot of people were thinking of ways to mobilize the massive community they've managed to generate at the time, but MySpace took too long to realize that need. They tried to create a "MySpace for good" and failed because it was already too late to realize the kind of impact that could've had if they spent their early days paying enough attention to the things that actually matter. Facebook acts like it has this solved, but it doesn't either, and ultimately it will fall within the same trap due its obsession about revenue and not impact. For this reason people are still struggling trying to make Facebook more influential in their own creative ways, but sometimes 'Pages' doesn't cut it and people will be forced to look elsewhere.

What is the greatest potential in regards to technology in this field?

The greatest potential in regard to technology is promoting greater transparency and holding governments or corporations accountable for injustices they take part in and attempt to deny. We still live in an age where politicians and corrupt leadership dominate our every day life, in every part of the world. Technology, by far, is their biggest threat because it exposes what many of these leaders spent decades (and billions) hiding.

What are the greatest dangers/pitfalls that you have seen or can imagine concerning technology and social good?