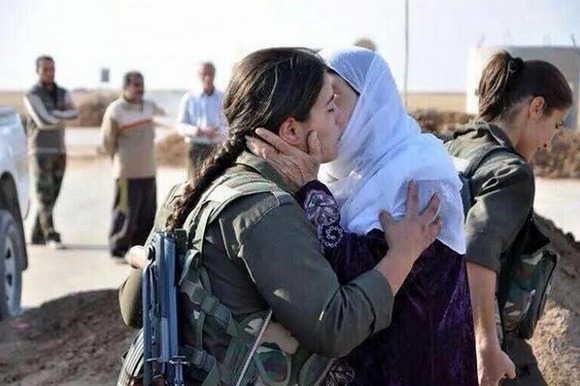 On October 7, several days after violent clashes between the Islamic State and Kurdish forces for control of Kobane took place, Islamic State Militants entered the Syrian town which lies on the Turkish border. The events triggered citizens and journalists to take to social media to report on heavy smoke and explosions following airstrikes over the area. Today, the Turkish News Agency caught video footage of more clashes and airstrikes that were filmed from across the border in Turkey.

As the clashes escalated, Kurds across Turkey took to the streets in protest of the government’s lack of military support for the Kurdish forces defending Kobane. Yesterday, deciding to take matters into their own hands, hundreds of Turkish Kurds crossed the Syrian border armed and ready to support the Kurdish forces in their fight to save Kobane. In order to reach Kobane, protesters cut and jumped over the wired fences at the border, as onlookers chanted their support for the fighters. 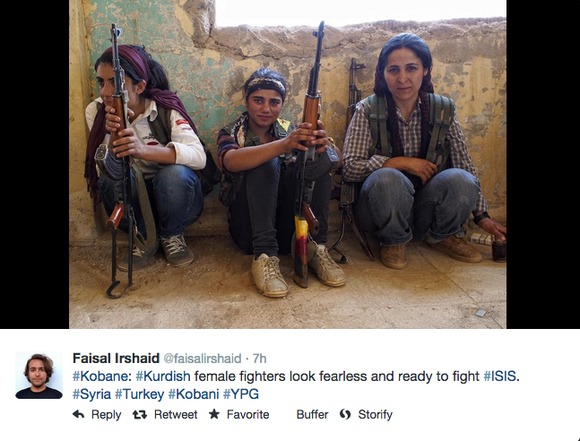 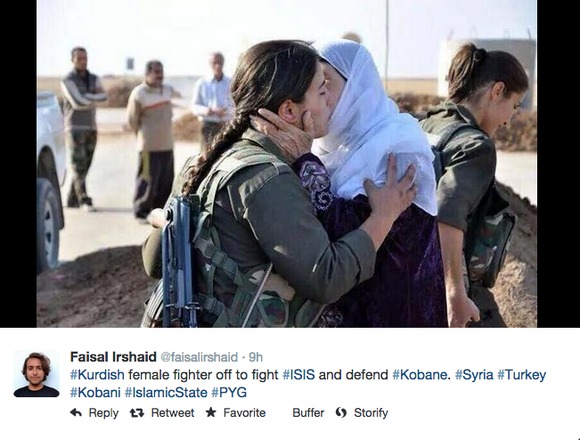 Meanwhile, in Istanbul, protests in solidarity with the Kurdish fighters in Kobane took a violent turn when police shot tear gas and rubber bullets at activists, as members of the Kurdish working party burned a vehicle and threw stones.

Kurds across Europe demonstrated against the Turkish government, attempting to call attention to the violence and human rights situation in Kobane. Many fear that the fall of Kobane is only a preview  of what is to come if the Turkish government and international community do not take greater action.

What tools could be used to aid citizens during this crisis?