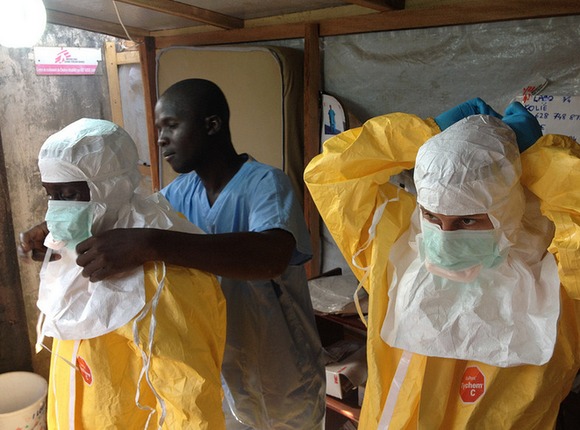 Since the outbreak of the Ebola Hemorrhagic Fever (EHF) in West Africa, there have been the inevitable albeit quiet intrusive, discriminatory behaviors from governments, media and even schools. This shares resonance with the outbreak of HIV in the '80s and '90s when it a Haitian, gay and intravenous drug user, were the sole catalysts of the virus. Were EHF is concerned, the entire West African region seems to be held accountable and is undergoing a stigma through a disease panic, which has become more and more contagious.

Recently, Rwanda has begun screenings of all Americans that enter their country. This is a clear retaliatory statement on some of the exaggerated practices that are being taken into effect in the US at the moment, but it also speaks to the dangers of disease panic as a neglected side effect to the Ebola scare.

Navarro College in Texas declined a Nigerian citizen an education because he was from a country with confirmed Ebola cases. The Washington Post wrote on the African immigrant’s experience in DC and how people from West Africa (they boast a community of 161,000 in DC) are being stigmatized as potential infected persons. In addition, an underground social media campaign “I am a Liberian, Not a Virus” has initiated more conversation on the stereotyping and marginalizing behavior of disease panic.

Ebola is scary. There is no doubt that people have a right to be afraid of this disease. However, precautionary measures should not stop at the HAZMAT suit. They should continue into the social impacts of the disease, especially as it pertains to the racial and dare I say continental discriminations involved, where Africa seems to be lumped into a faceless mass and shrunk down in size.

In the meantime, there are tools for staying up to date on the Ebola outbreak.

Tools for staying informed and educated on Ebola

The HealthMap site and app uses online informal sources for disease outbreak monitoring and real-time surveillance of emerging public health threats. A new tool we're quite fond of is Ebola Deeply, a digital media project focused solely on coverage of Ebola with a case map, timeline, op-eds and other tools and resources.

Do you know of any tools that aim to educate people about Africa? If so, sound off in our comments section!