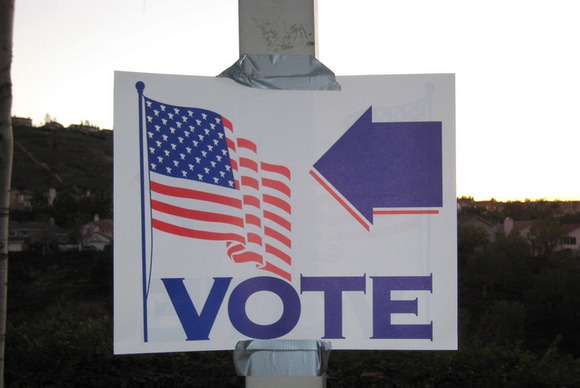 If there is one big takeaway from this year’s midterm elections, it’s this: What we have been doing to increase voter turnout isn’t working.

Two-thirds of eligible voters—over 150 million Americans—did not vote on November 4. Even in Maine, the state with the highest turnout, only three-fifths of eligible voters showed up. “The Worst Voter Turnout in 72 Years,” the New York Times editorial pages announced.

But these figures are just the latest in over a century of dismal turnout rates for U.S. elections. Since 1912, participation has barely topped 60 percent of eligible voters in the best years and has hovered below 40 percent in the worst, according to the United States Election Project at the University of Florida. A comparative study of voter turnout since 1945 from the International Institute for Democracy and Electoral Assistance ranks the United States 138th out of 170 countries.

Traditional approaches to addressing the lack of voter participation fail to address the root of the problem. While voter apathy is certainly part of the story, it is not the whole picture. In recent years, a much bigger culprit for keeping turnout low has been the voting process.

Following the 2012 elections, the U.S. Census Bureau found that among the reasons reported for not voting nearly 60 percent of responses related to the voting process—issues such as scheduling conflicts, registration problems, inconvenient polling places, bad weather, and poor transportation. A more recent Pew Center for Research report found that nearly 80 percent of those registered who chose not to vote in this year’s election “gave reasons related to lack of time” or “reported having a technical reason for not voting, either having missed the registration deadline, recently moving, or not have transportation to the polls.”

That’s nearly 100 million registered voters who missed Election Day this year simply because it was inconvenient.

So why isn’t voting easy?

Finding out how to vote, when to vote, and where to vote is too often a test of jumping through bureaucratic hoops, especially for first-time voters and those who have changed residency.

Although there have been numerous federal attempts to streamline the voting process nationwide, election administration in the US is ultimately a local affair. Each of the more than 10,000 election jurisdictions has its own unique systems and processes that define the voting experience locally. That means that voters need to be kept abreast of a variety of local regulations and relearn the system every time they move to a new jurisdiction.

In 2010, Seth Flaxman and Kathryn Peters founded Democracy Works, a nonpartisan nonprofit 501(c)(3) organization, to address these challenges through civic technology. The vision is straightforward: make voting a simple, seamless experience for all Americans so that no one misses an election because of logistical challenges.

To address the tangle of different rules that define voter registration in each state, Democracy Works launched an online service called TurboVote,  a one-stop-shop that registers voters and helps them vote in all their elections over the course of their lifetime. By providing users across the county with localized election information and keeping them updated by text and email as changes occur in their district, TurboVote helps eliminate confusion about where, when and how to vote.

Since launching in 2011, TurboVote has helped over a quarter million voters in all 50 states cast their ballots. Most significantly, during the 2012 elections, 75% of first time voters who successfully registered through TurboVote and 80% of those updating their voting information turned out on Election Day.

Next year we will launch our second product, Ballot Scout, to make voting by mail an equally seamless and reliable service.

Thirty-six states currently allow voters to cast their ballots by mail—the one big voter convenience update over the last 20 years—giving voters the ability to research and complete their ballots in the comfort of their own homes. But the vast majority of local governments lack even the technological capacity to track ballots through the postal system, undermining confidence in the system. One study of the 2012 elections estimated that as many as 3.9 million ballots requested by voters never reached them, and another 2.9 million ballots received by voter did not make it back to election officials.

Ballot Scout offers election offices a simple system to add intelligent mail barcodes to absentee ballots, along with a tracking dashboard, that lets administrators and voters keep tabs on every ballot just as they would for a FedEx package.

These two initiatives are small steps toward making voting convenient again, but already we’re seeing heartening results that point to how we can reinvigorate voting in this country.