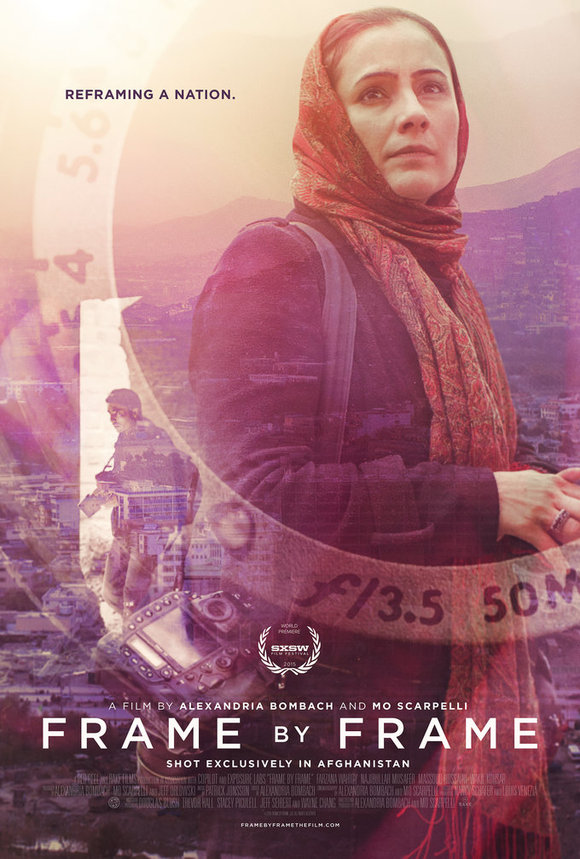 Afghanistan, Mexico, and Syria face ongoing and somewhat under-reported human rights issues. Thankfully we have documentary filmmakers dedicated to illuminating realities and sharing personal stories of those fighting for change around the globe.

Here are two social change documentaries that have caught our eye and recently premiered at SXSW.

This first film, "Frame By Frame", takes viewers on the journey of four Afghan photojournalists as they begin to have the freedom of the press and are able to take part in a photography revolution after the fall of the Taliban in 2001.

Synopsis: When the Taliban ruled Afghanistan, taking a photo was a crime. After the regime fell from power in 2001, a fledgling free press emerged and a photography revolution was born. Now, as foreign troops and media withdraw, Afghanistan is left to stand on its own and so are its journalists. Set in a modern Afghanistan bursting with color and character, FRAME BY FRAME follows four Afghan photojournalists navigating a dangerous media landscape as they reframe Afghanistan for the world, and for themselves. Through cinema vérité, powerful photojournalism, and never-before-seen footage shot in secret during the Taliban regime, the film connects an audience with four humans in the pursuit of the truth.

The second film, Kingdom of Shadows, directed by  Bernardo Ruiz, brings the Mexican drug war to light through risky and brave documentary producing. Outside of Mexico City, one of his cinematographers told me how interviewing one of the mothers of the disappeared was personally one of the hardest moments in his career.

Synopsis: This powerful documentary follows three people grappling with the hard choices and destructive consequences of the U.S.-Mexico “drug war.” Filmmaker Bernardo Ruiz weaves together the seemingly disconnected stories of an activist nun in deeply scarred Monterrey, Mexico, a U.S. Federal agent on the border, and a former Texas smuggler to reveal the human side of an often-misunderstood conflict that has resulted in the “disappearance” of more than 23,000 people in Mexico — a growing human rights crisis that only recently has made international headlines.

What social change films have inspired you lately? Sound off in our comments section!
Source: http://www.indiewire.com/article/watch-religious-restrictions-threaten-photojournalists-in-exclusive-frame-by-frame-sxsw-clip-20150310,
comments powered by Disqus