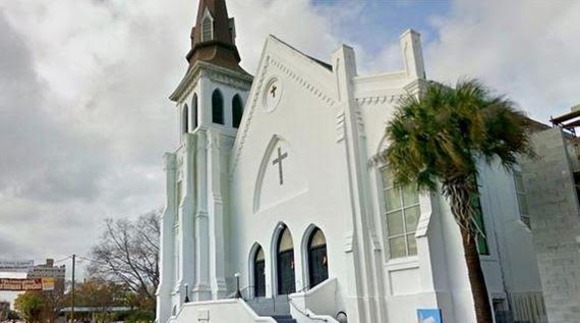 In the wake of tragedy, many ask, "What could we, as a society, have done to prevent this?” This question is the heart of conversations across the US as people mourn the victims of the Charleston shooting.

On the evening of June 17th, Dylan Roof took the lives of nine people inside the Emanuel African Methodist Episcopal Church in Charleston, SC. The city, and now the country, has been forced to inspect what action could have been taken to avoid such terrible loss. Issues of race and gun control have once again come bubbling to the surface, and now is the time for solutions.

Clearly talking about these issues out in the open is one powerful response. The Daily Show host Jon Stewart delivered a joke-less monologue the night following the shooting, describing the “gaping racial wound that will not heal, yet that we pretend does not exist.” Stewart’s frustrated opening echoes the sentiment of many Americans that now is the time to tackle these issues.

Technology offers an avenue for solutions. There are a number of apps that enable users to report violence and hate crimes through capturing photo and video evidence, as well as report instances on their phones.

The phrase “If you see something, say something” has become popular throughout airports, train and subway stations, and major cities. Perhaps this mantra can also be geared toward hate crimes. Apps that allow users to physically record evidence and archive violations and data can determine, where, when, and what type of threats are being faced. This data is key in forming an effective solution.

The eyeWitness to Atrocities app provides a platform where users can record photos and videos of human rights violations. Aimed for users in conflict zones, the app produces evidence that can be verified in court.  Often time’s videos from conflict zones are uploaded to YouTube, and from there it can be difficult to trace exact details. Using eyeWitness customers become human rights defenders, able to present proof that can be used to investigate and prosecute those perpetrating atrocities.

The Hate Crime app helps users in counties throughout the United Kingdom understand the legal framework of hate crimes, as well as allow victims to report such crimes to local authorities. Dorset, Northumberland, Dungannon and South Tyrone police forces each have their own version of the hate crime app which allows residents to report directly to them.  The app is meant to raise awareness about racist, homophobic, religious, disability, transgender and age-based hate crimes. The tool also includes games meant to aid users in understanding not only aspects of hate crimes but the legal process involved, as well.

The Informacam app, an open source tool developed by WITNESS and The Guardian is similar to eyeWitness, in that it enables users to create verifiable digital content. The date and time “stamp” created on an Informacam image ensures that it is certifiable and can therefore also be used to bring justice to survivors.

Apps such as eyeWitness to Atrocities, Hate Crime, and Informacam enable citizens to become upstanders, to implore people to act, rather than sit by. By compiling a mountain of data and evidence, problems and crimes arising from race and other factors become irrefutable. Now is the time to be spurred to action—not after another senseless attack.

Mourning and reverence for the victims of the Charleston shootings is necessary. The next step should be calculated, sensible action in combating racism and hate crimes through readily available technology.