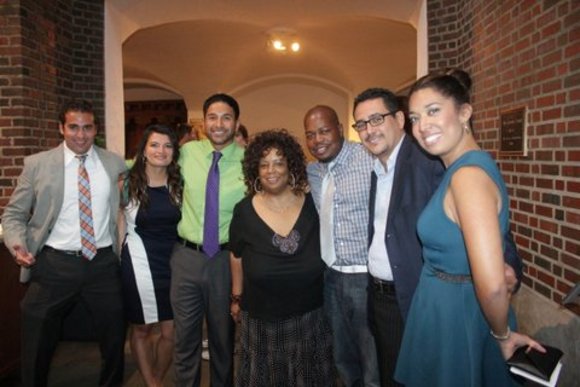 I make a living as a storyteller, primarily because I love it and because I really don't know how to do anything else. Journaling, composing, and waxing poetic about the people I meet and the places I go permeates everything I do. Even when I'm not writing, I'm blocking scenes and editing montages in my head, set to the sickest and most versatile of soundtracks, of course. I suppose this mentality comes from a profound love for expression and an insatiable curiosity for finding and communicating a deeper truth behind the images and headlines we absorb on a regular basis. I'm incapable of taking most things at face value. That's why after a few months of wondering about the current state of Detroit, the bankrupt city I was once scared to drive through while growing up an hour and a half north of it, I decided to take a trip there to see if I could find any stories of value not being covered by mainstream network news.

Guess what. While visiting what is considered one of the deadliest cities in the U.S. in September, I didn't get shot. I didn't see any stray dogs and I didn't come across any abandoned houses being set on fire. This doesn't mean I'm blind to the fact that population decline, urban decay, and $18 billion of debt are taking a toll on the D. This simply means I saw another side of Detroit -- one of community, trust and social enterprise. A burgeoning ecosystem in the largest city in the Great Lakes State is filled with change makers who are collectively building a new Detroit.

Two social entrepreneurs in particular took me under their wings and shared what I consider to be the blazing heart of Detroit. I like to think of them as an underground social enterprise mafia that has a lot of groove. Jay Rayford, the founder of the social networking venture RepYourCity.com, said the biggest misconception about Detroit is that nothing noteworthy is happening there. As an expert social connector, he should know. RepYourCity is focused on building an adequate online platform, while connecting people to places, resources, and activities happening around Detroit offline.

"Our offline activities have included artist showcases, youth roundtables, which got us invited to the White House for Youth Civic Engagement, Social Sushi, a social catering experience, leadership conferences and more," shared Jay. "Regularly we hear about people that express gratitude for us sharing not only our events but events happening across the city via Facebook and Twitter."

Rico Razo, Executive Director of the volunteer-driven organization Detroit Synergy, spearheads a plethora of community projects and events designed to awaken the potential of his city.

"We provide Pop Up Art Exhibits by turning vacant lots into places where outdoor art can be set up for the community," said Razo. "We also provide arts and crafts for the neighborhood children and barbecue. In a time where people keep to themselves and have forgotten what community is all about these types of events help Detroiters get back to that."

Rico said one of the biggest myths about Detroit is... wait for it...

"... That you'll get shot if you come to Detroit is a running joke," he shared.

"Detroit has a lot of violent crime, but there are many places that are doing well," Rico said. "With the bad press we get all the time that's all that sticks in people's heads. Our downtown is thriving along with the University district and several neighborhoods. The only downfall is it isn't consistent throughout the entire city. This has to do with the fact that there is so much residential land and when the freeway system was put in back in the day it separated many neighborhoods that had a lot going on."

From firsthand experience, I can honestly say Detroit is the most misunderstood metropolis I've ever been to in America. The lack of positive stories being told about the D is a disservice by the media. But one of the greatest things about the media is that it's all mercurial. Story angles can change in an instant.

Here are some Detroit initiatives lighting the path for a new vision and consciousness about the great city.

The Healthy Detroit movement was formed in partnership with the National Prevention Council and commissioned by President Obama and U.S. Surgeon General Dr. Benjamin under the Affordable Care Act. Healthy Schools, Healthy Communities, and the Healthy Detroit Movement are all focus areas that contribute to Detroiter's making healthy living a way of life.

The Detroit Food & Entrepreneurship Academy is an experiential extracurricular program that uses community-focused food entrepreneurship as a vehicle to activate high-school students as critical thinkers, conscious consumers, life-long learners, values-based leaders, and community activists. Young Detroiters possess many skills and talents that are not recognized in the traditional classroom. Unrecognized talents not only fail to be productive, but often prove to be harmful. We want to change that!

Dandelion  provides strategy, design, and communications for community projects with organizations such as Henry Ford Hospital and the Fisher Foundation. Dandelion Partner Lead Charlie Cavell says his group does this because they like to see the delivery of impact done in a more effective and efficient manner. "We feel that the biggest industry in the world is the field of Community Impact," he said. "We include in this assessment government agencies tasked with improving opportunity for citizens, nonprofits and social enterprises with specific missions toward bettering the lives of a target population and funders who support and record the effectiveness of efforts to empower people,"

Techtown Detroit is a tech accelerator focused on urban revitalization and sustainable growth. Today its work supports industry verticals that are specific to the region's inherent assets and address the city's identified needs, supporting not only tech businesses but also retail and wholesale enterprises for a more holistic approach to economic development.

Focus: HOPE's mission is to overcome racism, poverty and injustice. The organization's career training program provide access to education, employment, and career opportunities for individuals historically denied access to the economic mainstream. The CAT program offers students the opportunity to pursue any engineering discipline after completing an associates degree in manufacturing and engineering technology from Lawrence Technological University (LTU). Students can complete their bachelor's degree in any engineering discipline at LTU, Wayne State University, University of Detroit Mercy or University of Michigan.

I asked Rico where he'd like to see Detroit in the next two to five years.

"In two years we hope to be out from under emergency management with a new leadership in the city that will be friendlier to the neighborhood residents that feel left out," he said. "For far too long there was only a focus on 'Downtown' revival. Within 5 years, our hope is to have much of the blight gone from the neighborhoods and new families living in once vacant homes. We hope that parks will be maintained so children have a place to be kids. We hope that employment opportunities open up for Detroiters so the unemployment rate of 40 percent plus can drop drastically. We hope the schools will be performing at a better rate so our children can get the quality of education they deserve. We also hope that people will start coming together for the common good and treat each other like brothers and sisters despite racial backgrounds and socioeconomic status."

Social enterprise mafia all the way.